Revealed ! Benedicts Gate Poetry Wall – Searching for the Sisters of the Gated City

In conjunction with The Writers Centre and Matthew Jarratt, Alumno are pleased to release the digital layout of Jenny Pagden’s poem that will be etched onto our new student accommodation in Norwich later this year. 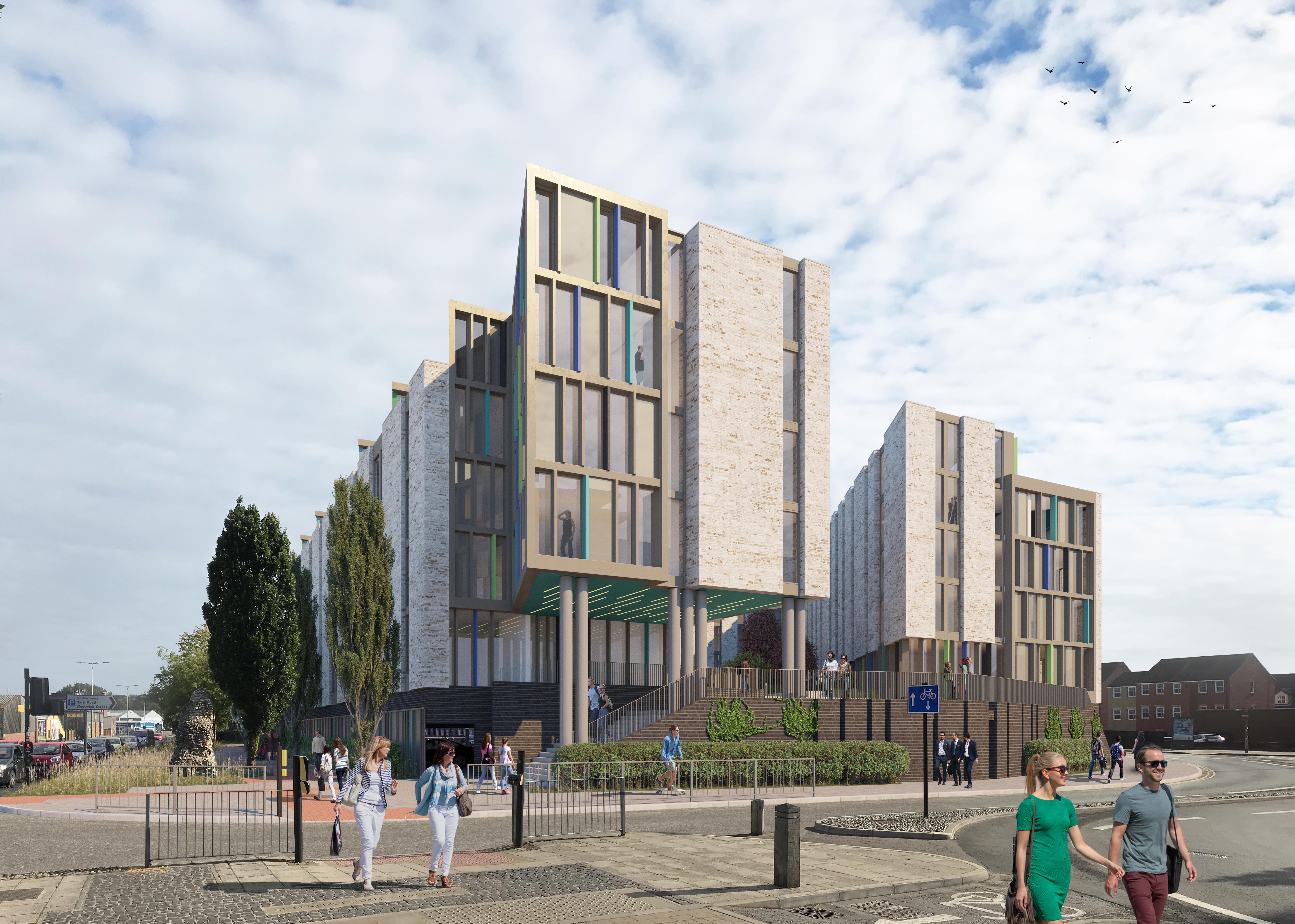 The story behind emerging poet Jenny Pagdin’s stunning new poem, celebrating the UK’s Unesco City of Literature and women across the ages. Norwich has attracted writers for centuries, and that was the inspiration of arts consultant Matthew Jarratt “The idea was that the poem would be etched into the striking exterior of the building as a permanent tribute to Norwich’s 12 historic gates,” he explains. Working with Alumno and the Norwich-based National Centre for Writing, Jarratt launched a commission, inviting emerging local poets to apply. 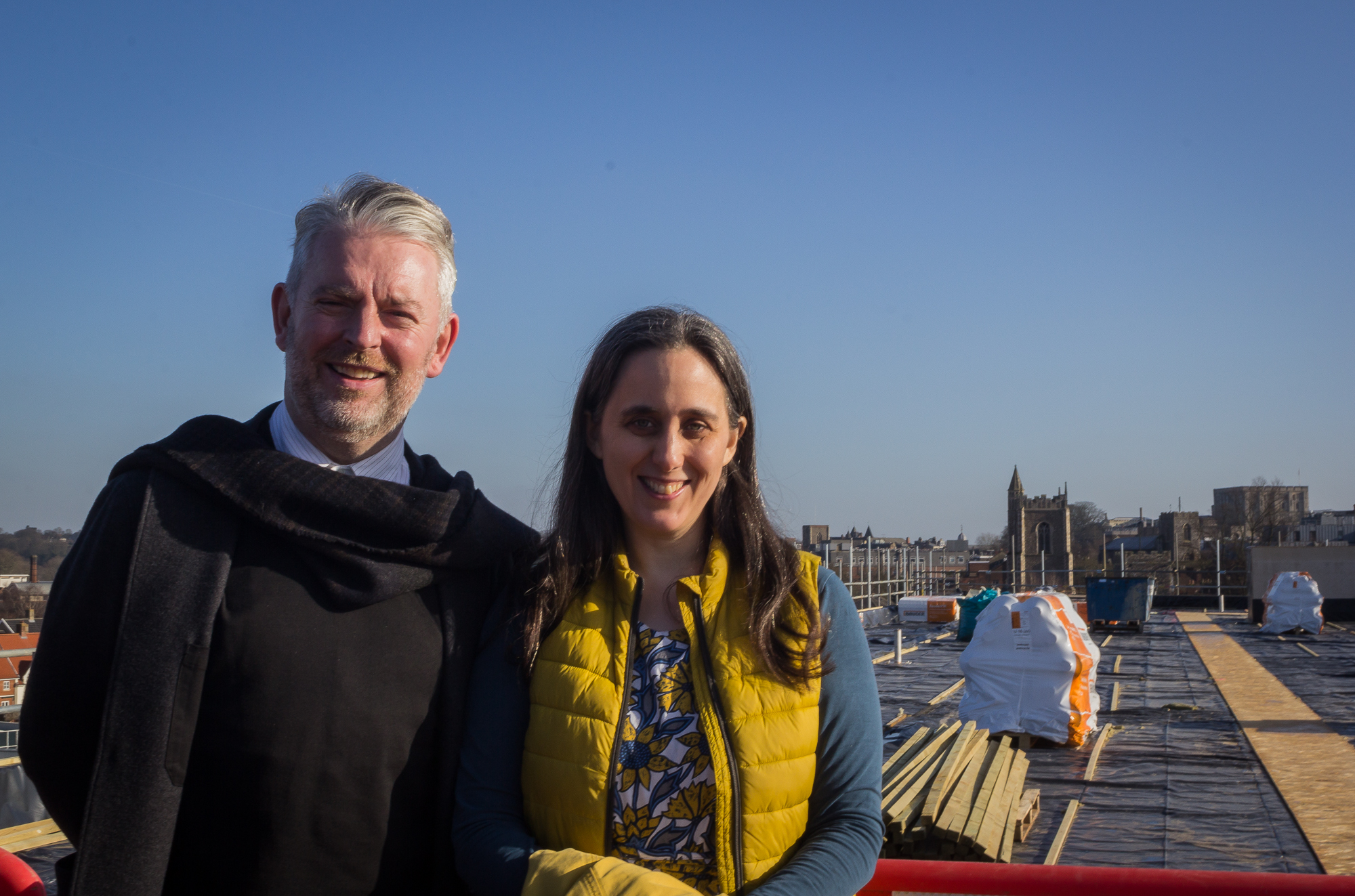 Alumno Managing Director David Campbell added “We strive to ensure a lasting legacy for the communities adjacent to all our buildings and were keen to offer this opportunity to a poet based in East Anglia who was in the early stage of their writing career,”

“Poetry commissions are like gold dust, so when I spotted this one I couldn’t believe it,” recalls poet Jenny Pagdin. “We were very impressed with Caldbeck,” says the National Centre for Writing’s Programme Director Peggy Hughes. “Plus, Jenny had also won the Café Writers Norfolk prize in 2018 and was nominated for the Rebecca Swift Foundation Women’s Poetry Prize 2018. She was the outstanding applicant and was clearly both inspired and excited by the opportunity.”

The poem had to feature the names of all the 12 historic gates of the Norwich Old Town Wall. Each one had to be mentioned in a different section of the poem, which would be etched into 12 separate pillars on the building. Pagdin explains. “I decided to take readers on a journey in time from the past to the present, creating a snap shot of life around the different gates during each period and focusing on the contrasting experiences of women across the ages.” 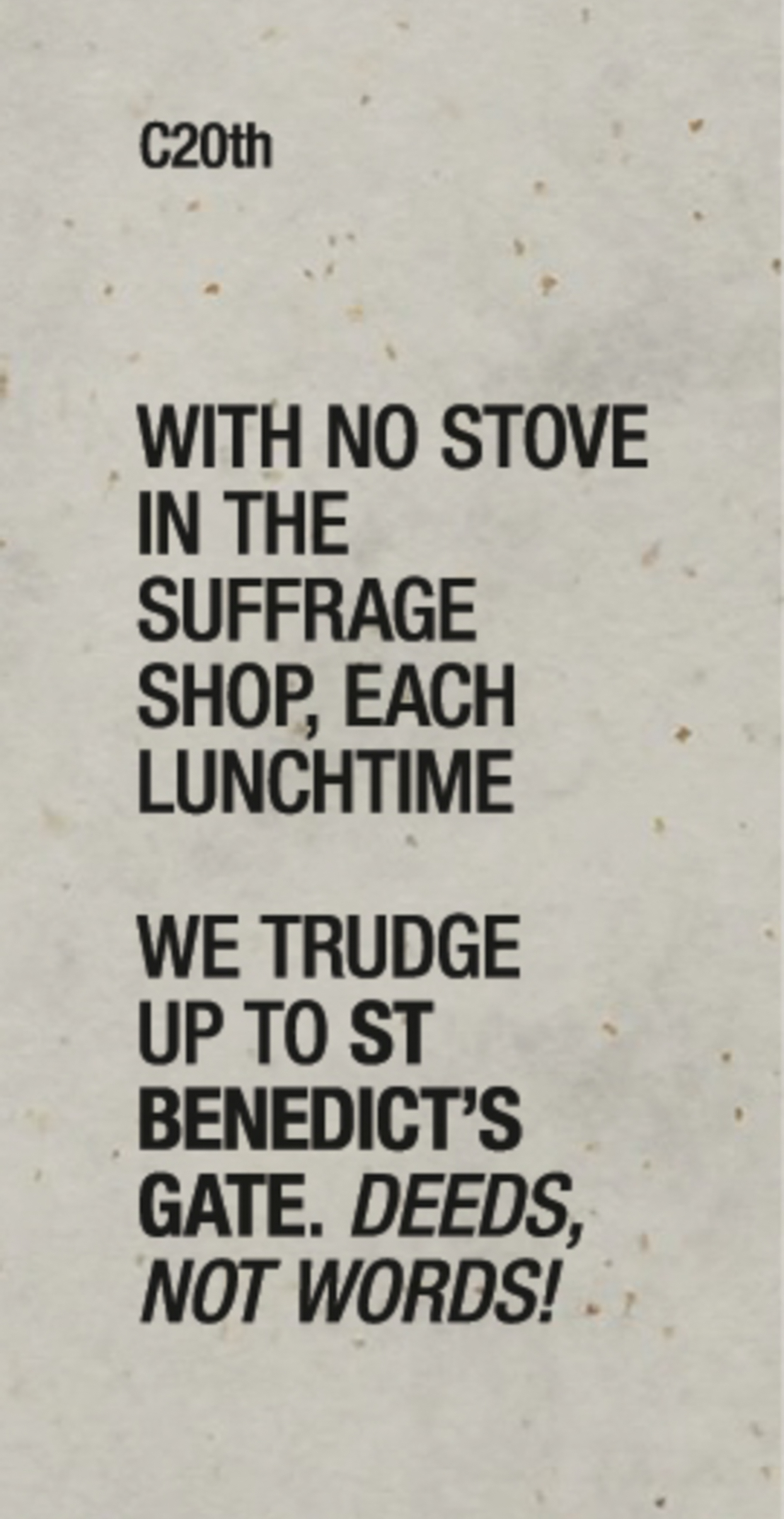 Press coverage on the poems release can be seen below