The 2012 Olympic Games has delivered a legacy of urban regeneration and development across East London, particularly around Stratford in the borough of Newham. This has resulted in an explosion of the area’s student population, with numbers increasing far more rapidly than the London average.

But with far less purpose-built student accommodation available in Newham than in other London boroughs, added pressure is being place on existing family homes, which are increasingly becoming multi-occupancy student lets. However, Alumno has come up with an innovative solution, transforming a derelict petrol station into a high-quality, purpose-built student housing complex.

“The site is an ideal location for a modern student development,” explains Alumno Managing Director David Campbell. “There are several existing and proposed local colleges and university campuses in close proximity along with excellent transport links.”

Beyond giving a choice of rooms to suit the living requirements and budgets of up to 445 local students, the regeneration of the site also provides an opportunity to support the on-going growth of Stratford High Street and the town centre by drawing increased spend into the area. The plans for Three Mills West also includes a range of artists’ studios and a café/gallery space, which will bring added vitality to the development.

“The studios will be run through a long-term agreement with charity organisation SPACE Studios,” says Campbell. “Meanwhile, the café will serve both the student residents and the local community, and provide interest and activity to the building at street level. There is also the potential for this space to be used as a gallery for the on-site artists.”

Currently scheduled for completion for the new academic year in September 2018, the London Legacy Development Corporation’s Quality Review Panel is delighted with the scheme, saying it “has the potential to become an exemplar for the design of student accommodation”. 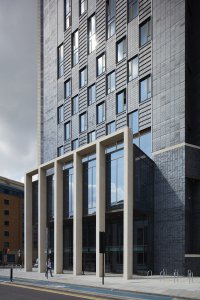 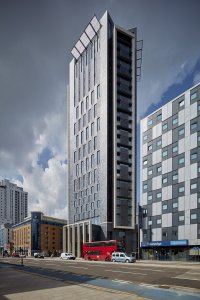 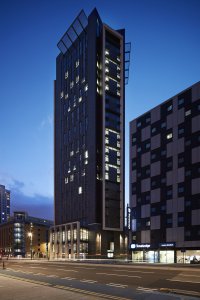 stratford5
stratford8
Stratford2
stratford11
stratford10
stratford3
stratford9
Startford_front
startford6
startford4
We use cookies on our website to give you the most relevant experience by remembering your preferences and repeat visits. By clicking “Accept All”, you consent to the use of ALL the cookies. However, you may visit "Cookie Settings" to provide a controlled consent.
Cookie SettingsAccept All
Manage consent