Behind The Scenes With: Dav Bansal 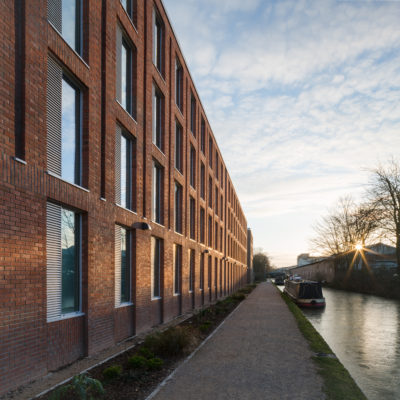 This month’s behind the scenes features Dav Bansal from Glenn Howells Architects talk about The Union at Leamington Spa and his inspiration behind the design of the development.

‘There’s a huge amount of land next to canals that is now underused, vacant, derelict and dangerous. The Union is not on a university campus but the fact that many students choose to live there shows how regular, reliable high-quality transport links means we can live further away in terms of miles but still be close where we work, study and visit. 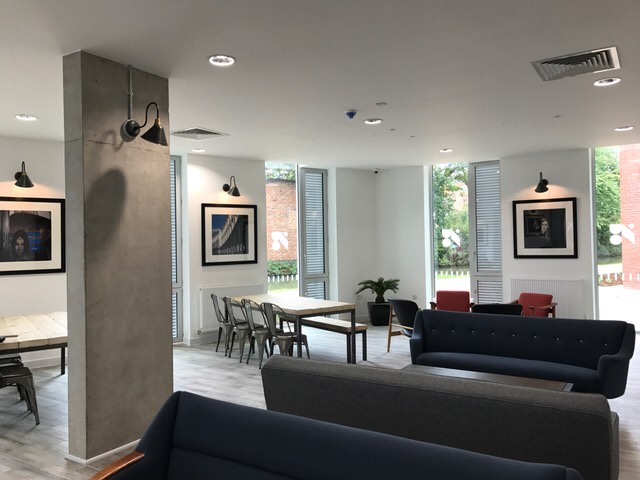 The economy that students bring to regeneration areas is significant and shouldn’t be underestimated. An important thing it did for Leamington was to alleviate the issue of poor quality under-managed HMOs, which in turn were taking away family housing in a town centre. You often end up with isolated streets which become a sort of student ghetto, whereas developing a purpose-built estate gives students a managed environment where they feel secure. By improving the public realm, safety and bringing in activation it becomes an attractive amenity for the indigenous local community, as well as the students. 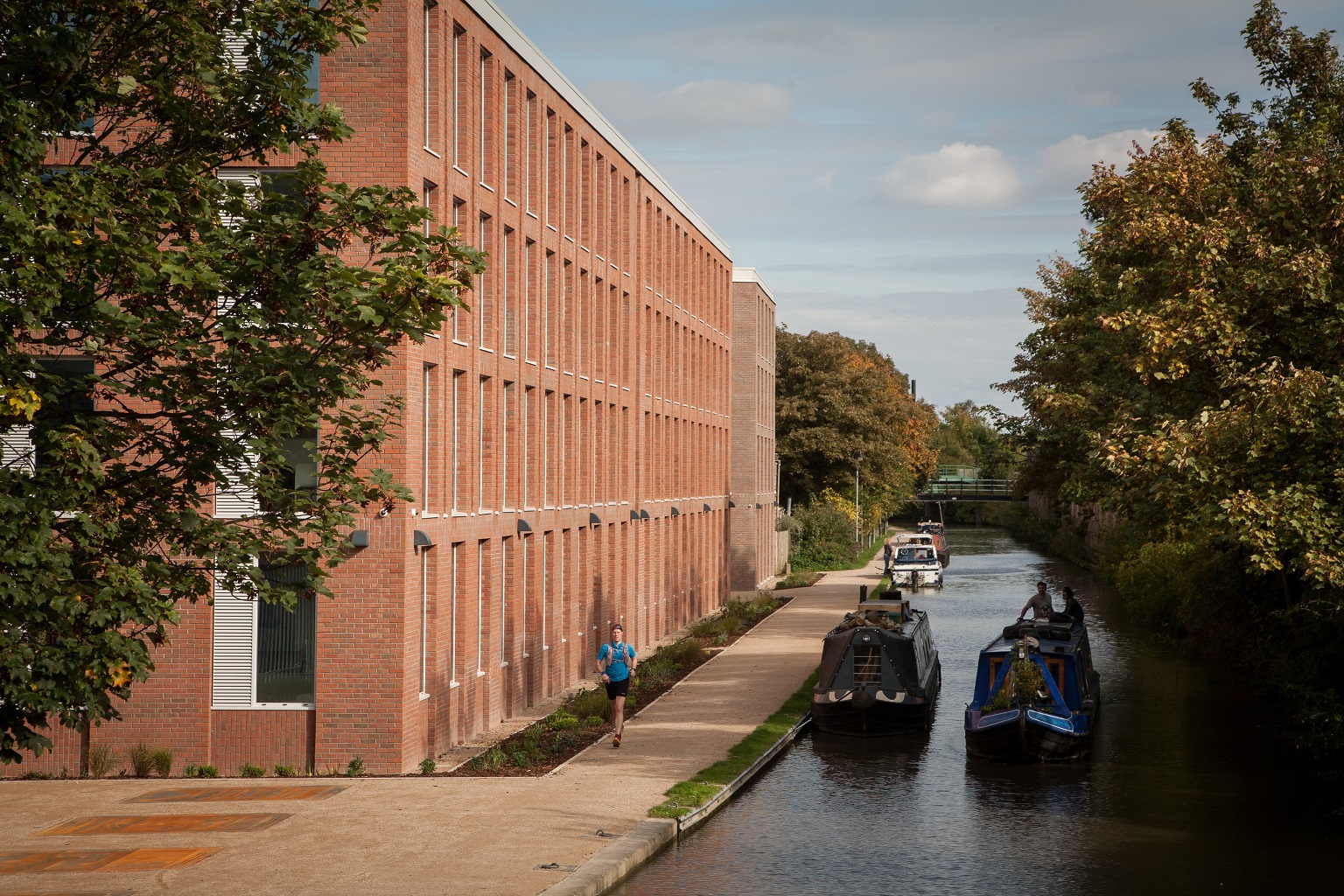 As well as radically improving the towpath for businesses and local amenities, we also proposed a plan to provide a wider public realm that the communities and the students could enjoy as a breakout space. With opportunities to open the towpath for sitting and relaxing, we decided to bring in a new square and installed a public art installation. 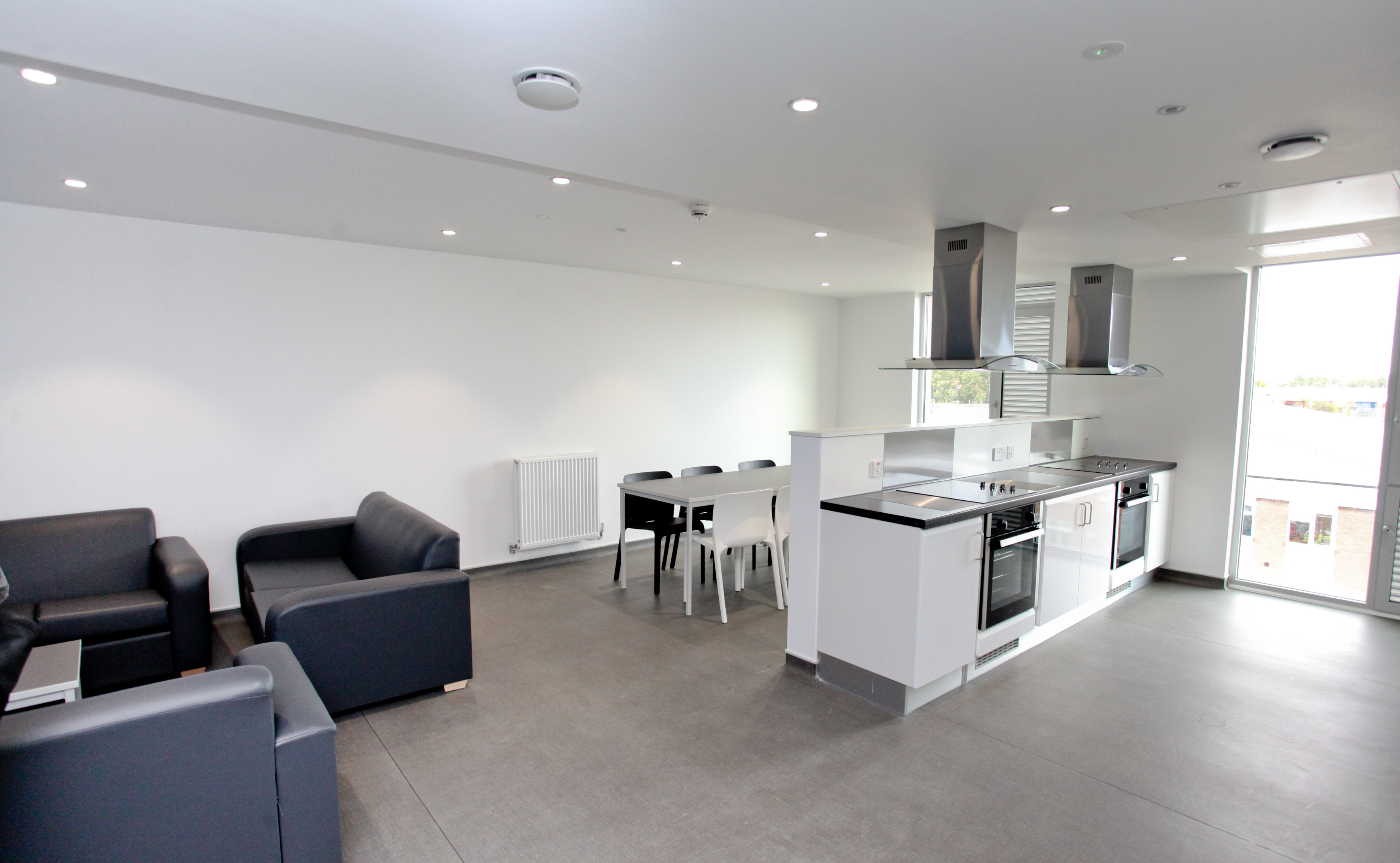 One building addressed Althorpe Street building line, bringing you into the canal side towpath. The composition is two warehouse blocks connected with a single storey glazed link, which as you walk through give framed views of the canal. 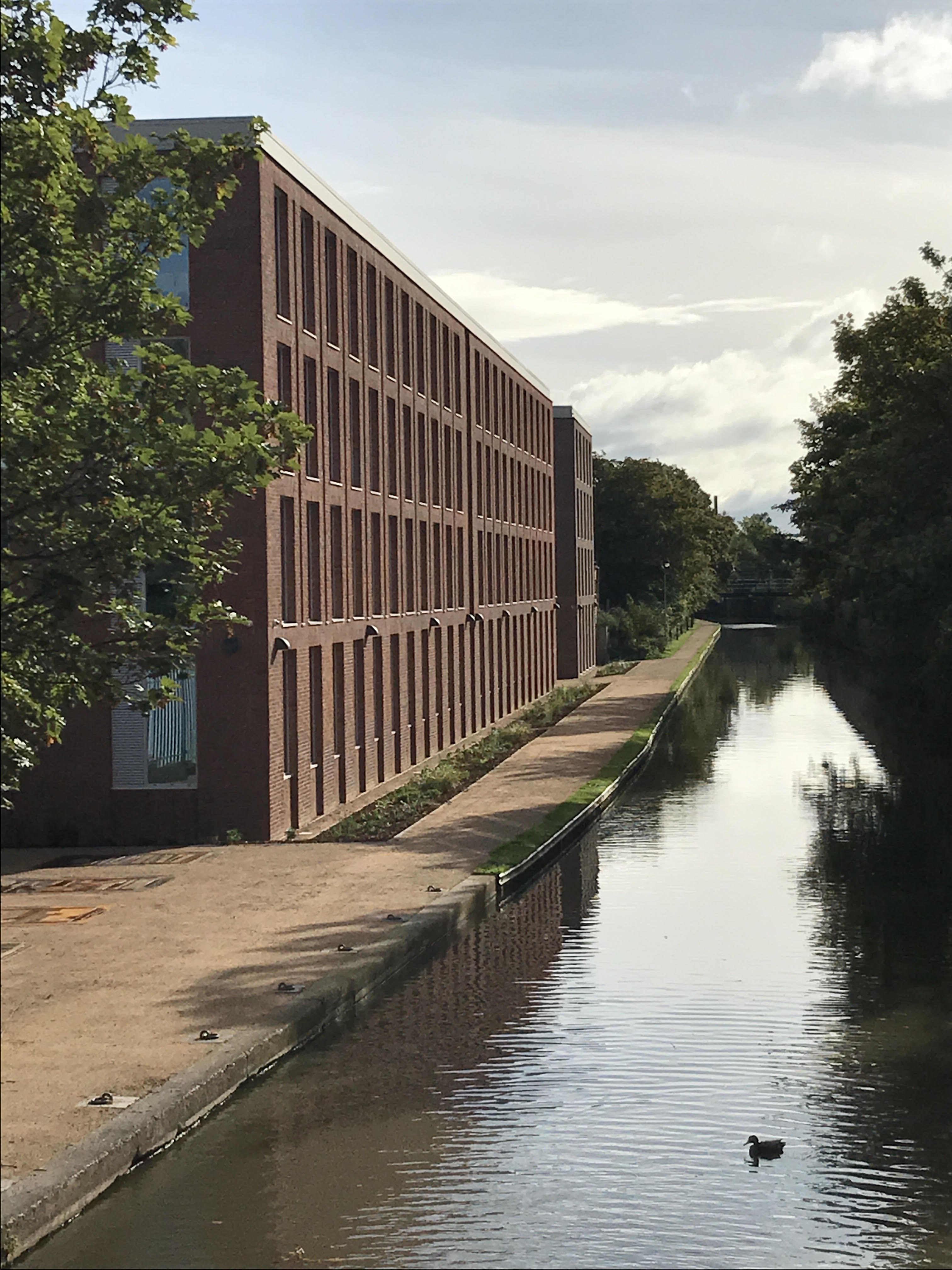 We decided to keep the walls white for the common room. If you’re going to be sitting in this room looking out, a degree of colour, warmth and interest is going to come from the towpath, the canal, that lovely old brick wall and trees on the other side of the water. A neutral approach also becomes a canvas for the artwork, which brings in subtle elements of colour. 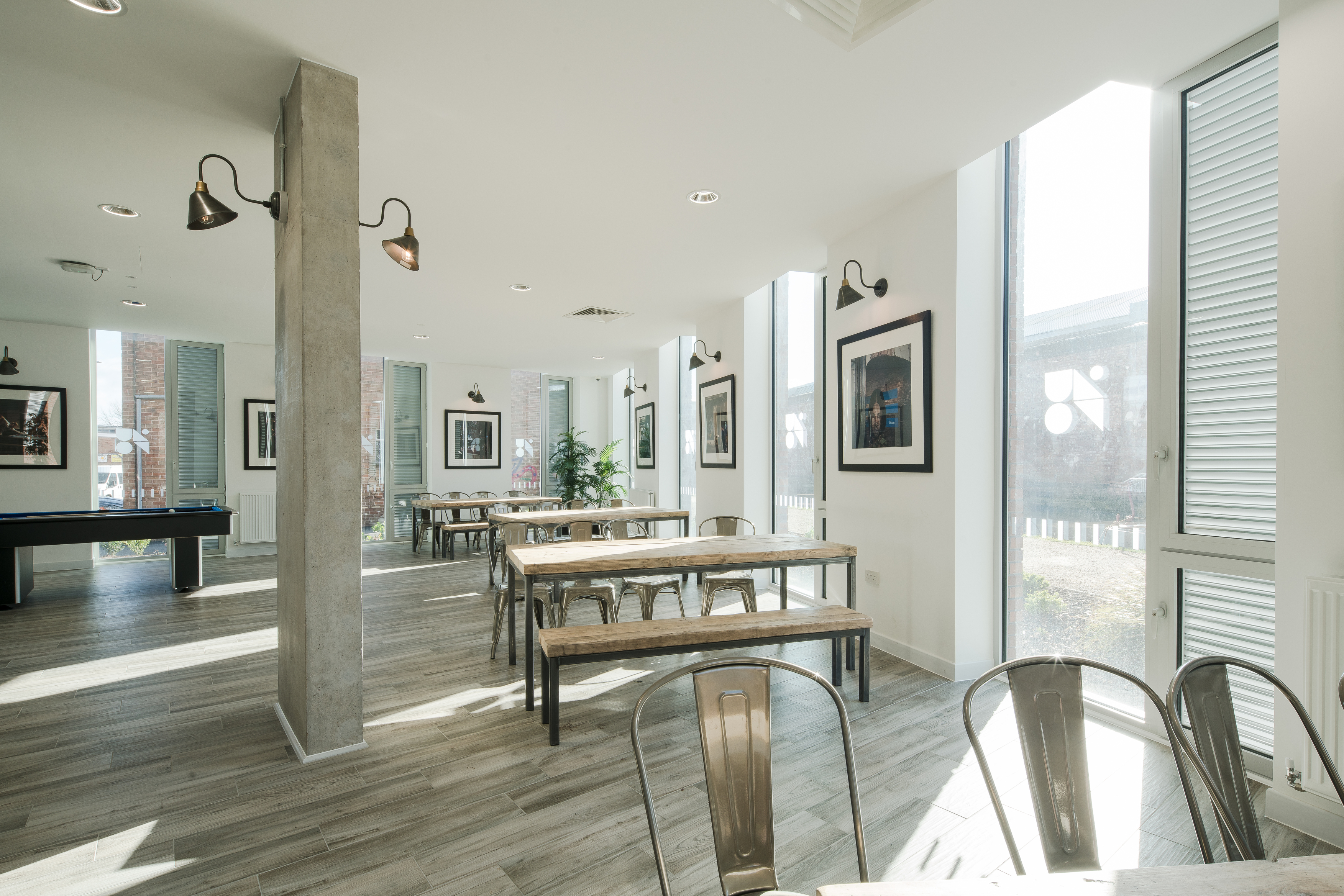 Having that common room on the corner was extremely important, because what it had to do, was address both the street and canal side and bring them together. It was about turning a corner and doing it in a way that you feel safe and it’s attractive. We also felt that putting the main entrance on Althorpe Street was very important. 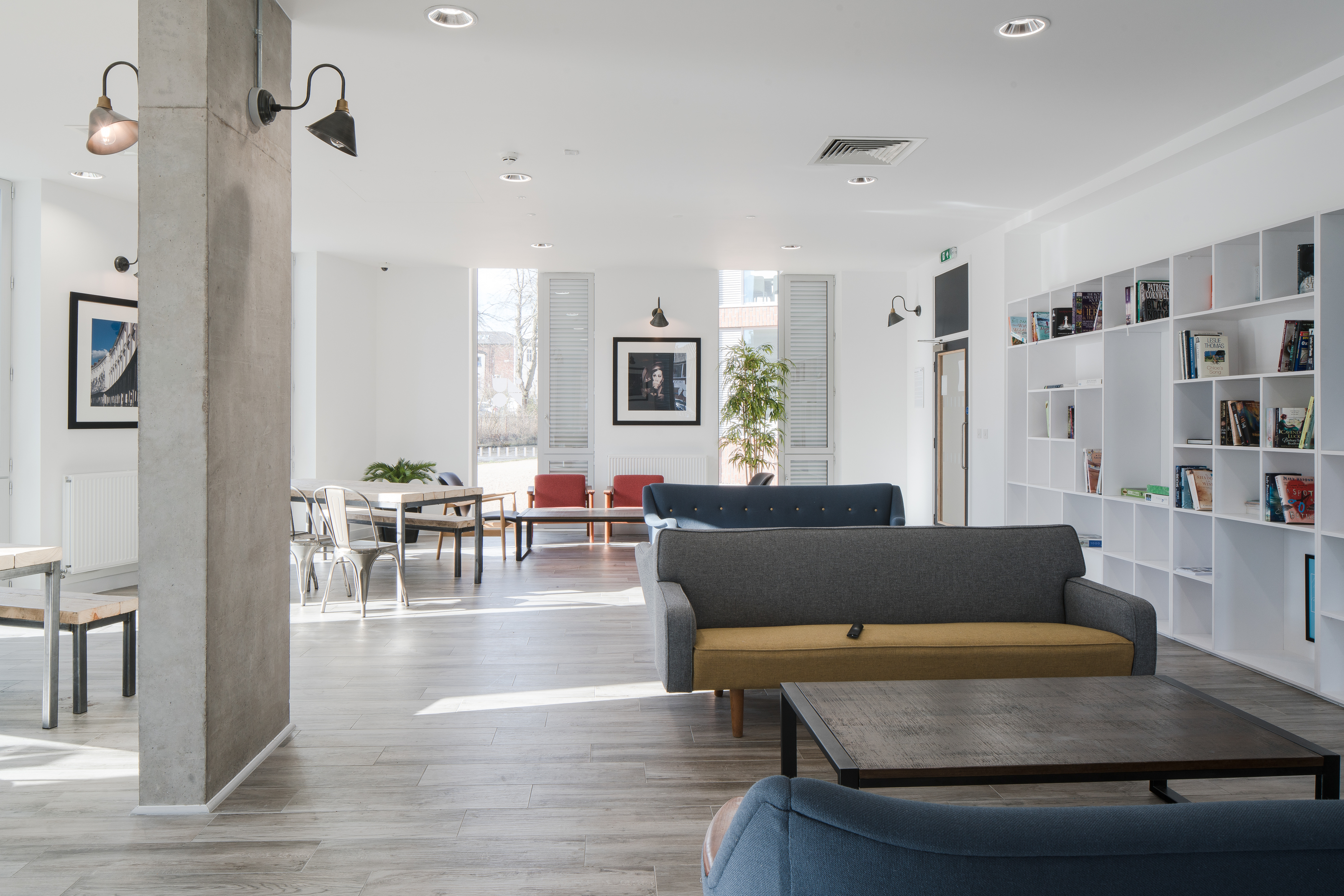 The student rooms themselves are a very simple arrangement of cluster rooms with living spaces of the ends of them. The communal living spaces are all located on the gable ends, giving them the opportunity to have double or triple aspects. You’ll always get a view of the corner of the building which is animated by the communal spaces. 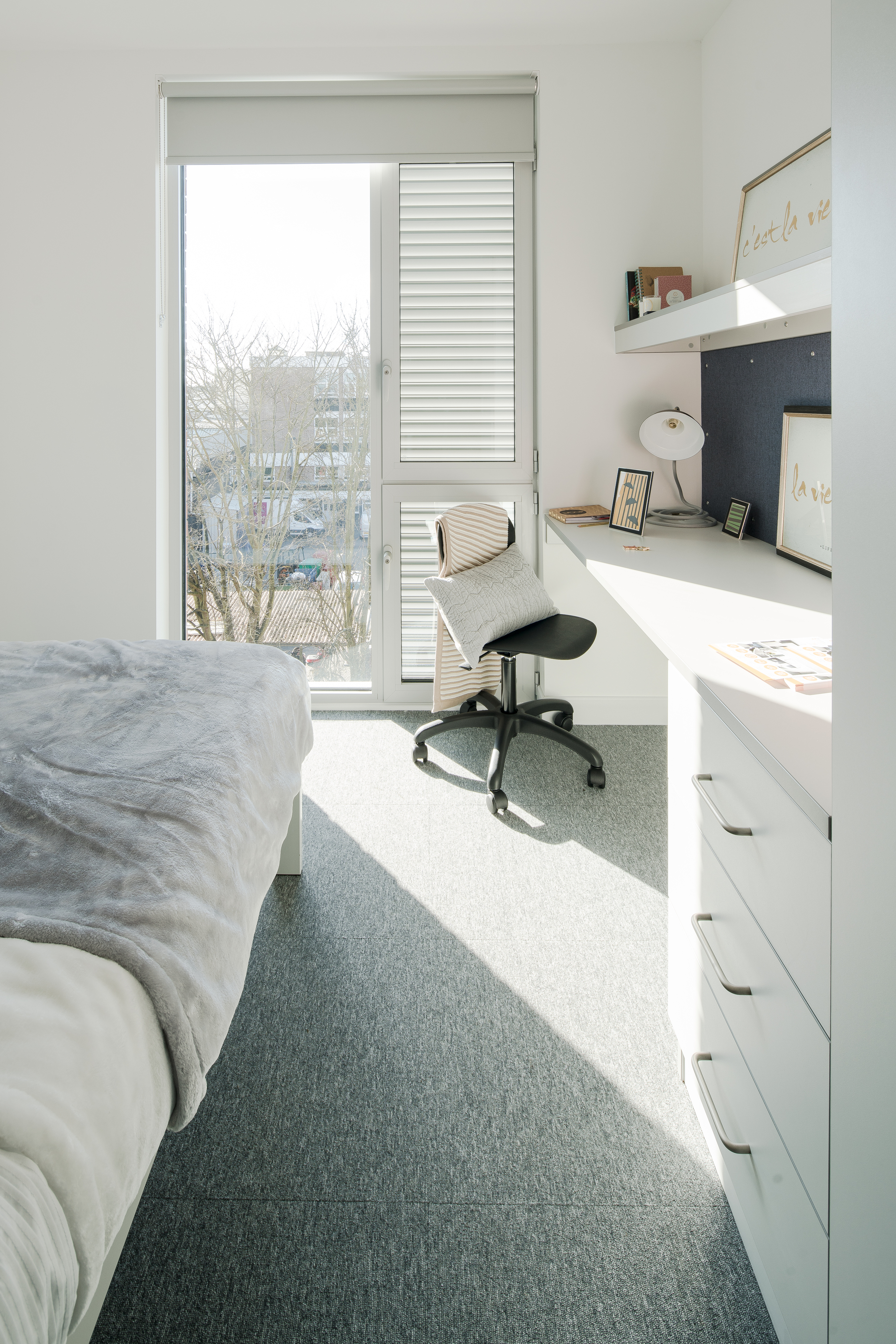 The simple thing about warehouses is keeping a very well ordered, mannered grid, with vertical proportions. Placing light-coloured windows in a dark-toned brickwork so you could read each structural bay and it was consistent. We were very focused on ensuring these proportions – the depth and size of the piers, the proportion of the windows. 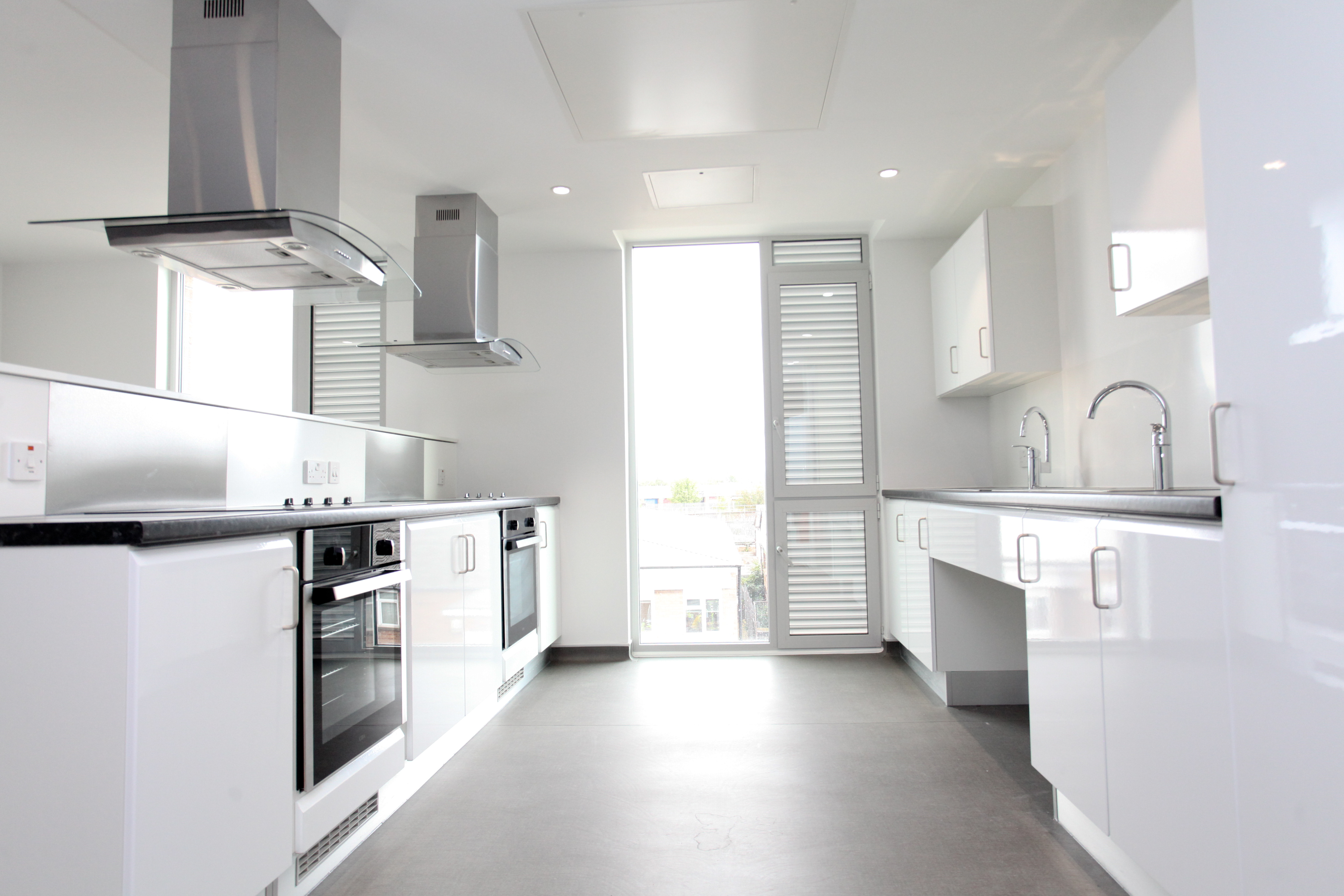 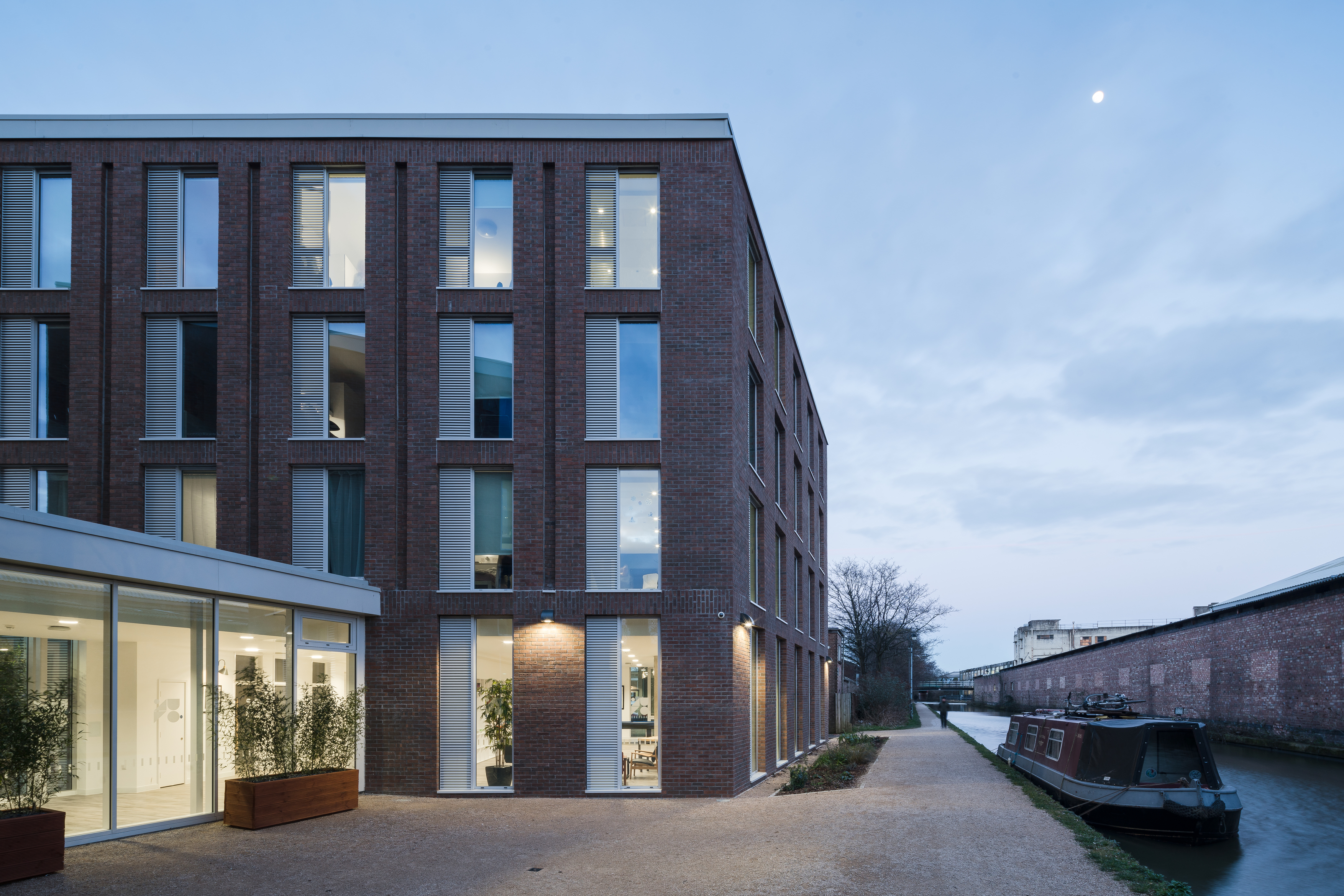 My biggest satisfaction with this project is how we’re redeveloped a disused site to provide good quality student housing for the most important stage of anyone’s life, but also how much it can support the local businesses for the wider community of Leamington. Everything from the local cycle shops to the cafes, and the convenience stores, has suddenly got this influx of students who live nearby and benefit their business. It brings that livelihood where you’ve got a daytime and an evening economy. It’s important to create the right environment for students whilst also benefiting the wider community. That’s where we feel any project is a real success, beyond the building itself.’