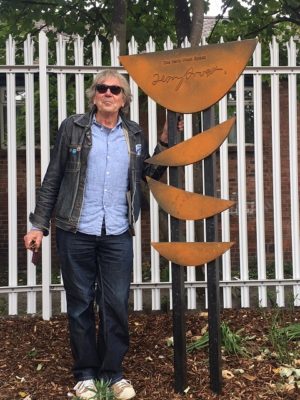 The third commission in this series was very much a mixture of  poetry and art history. Again Matthew Jarratt was at the helm and was able to facilitate the creation of an interesting and high quality public realm adjacent to the Grand Union Canal and the new student accommodation developed by Alumno known as The Union.

The poem which was written by Bob Devereaux celebrated the life and work of  Sir Terry Frost RA who was born in Leamington Spa in 1915. The poem was then imprinted into cast iron plates within the artwork making a link with the manufacturing history of the local area and Eagle Foundry. We worked in conjunction with Sir Terry`s son Anthony Frost and were thrilled he could attend the opening event. 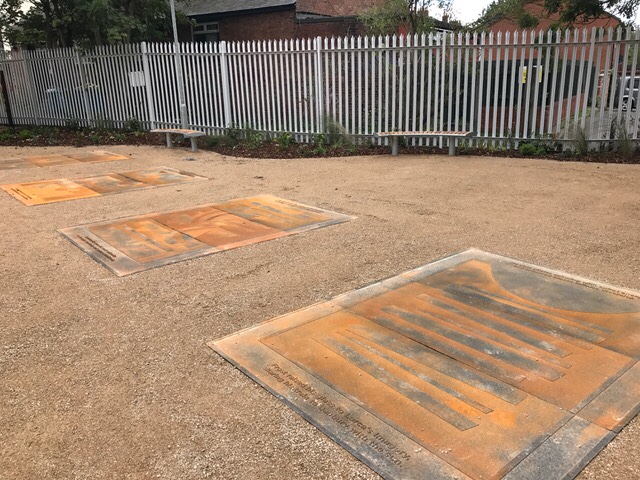 The poem was integrated into the floorscape and were integral to the wider landscape design. The series of cast iron floor plates linked the public realm together from the Clemens Road Bridge along the tow path to the new Union Building and celebrated the work of  Sir Terry Frost RA.

The poem was also displayed inside the building and we were lucky enough to have the poet there to perform the poem along with his musician friend Philip Pip Barlow at the building opening in September 2017. 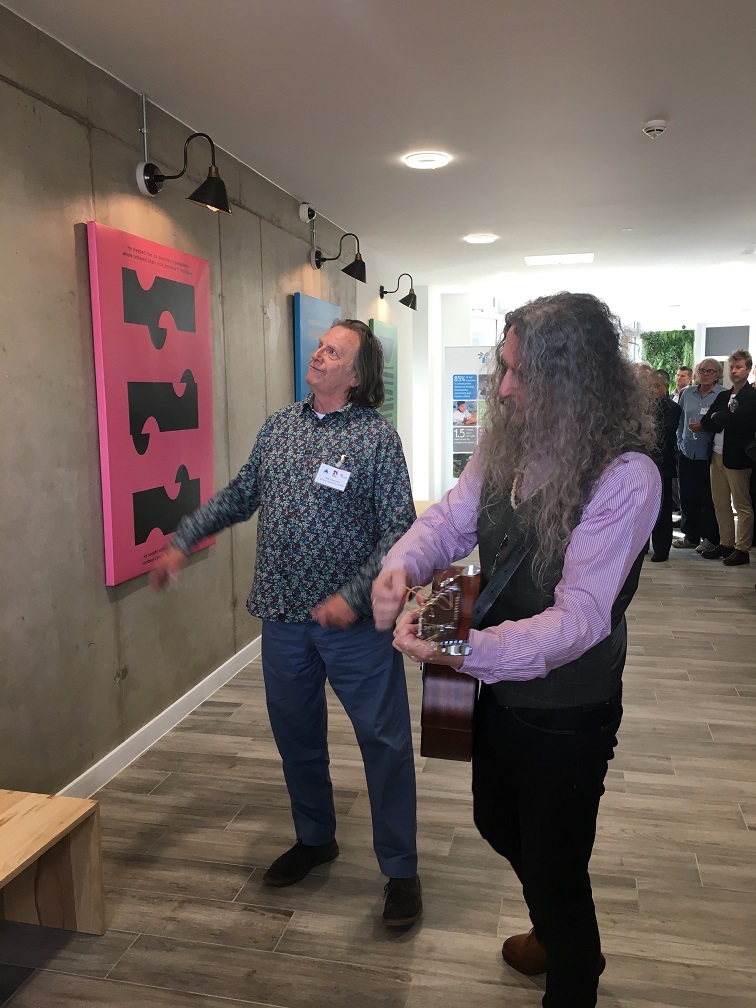 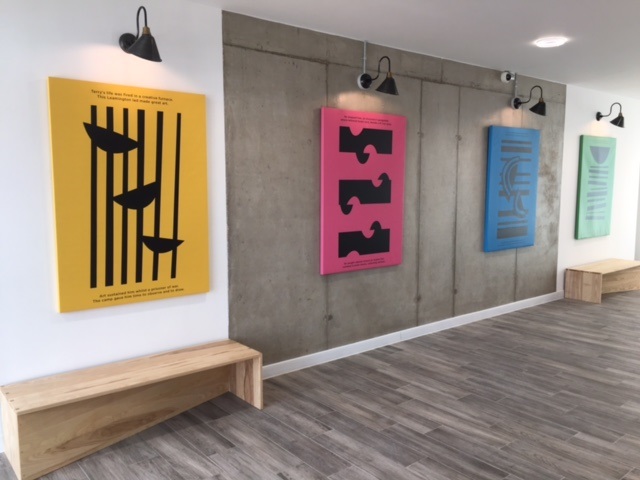 The poem “Walking the line” can be read in full below

His life was fired in the creative furnace

Sustained by art whilst a prisoner of war

This Leamington lad has made great art

Where tethered boats rock beside a quay

He put a foot on discovery’s gangplank

Explored black in all its, infinite, diversity

Shared his train to Banbury with the sun

“I got tremendous spiritual experience
a more aware heightened perception
during starvation, and I honestly do not
think that that awakening has ever left
me.”

“If we dare to let our intuition or inner
self really see then we know we are a
mystery and art is a part of our
mystery.”

“A WALK ALONG THE QUAY,’ came from
a true walk, a regular morning
stroll…Things were happening to my
right and beneath-my feet …saw all of
the shapes of the boats tied up.”

In February 1961 he travelled on a

motor bike, twenty miles along the
coast, west from St Ives to Nangizel to
study yellows…lichens, grasses, fields
of daffodils, gorse, the setting sun.
He lectured on black whilst teaching at
Reading.

He wrote a poem, about watching the
sun, through the window of a carriage,
whilst traveling between Oxford and
Banbury

Walking the line as he 2