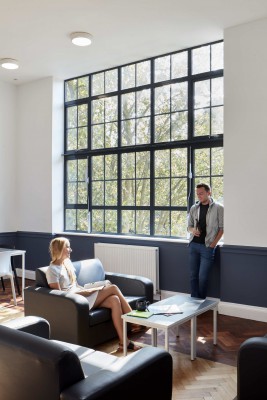 University Business: Campbell on whether we have or haven’t reached saturation point for student accommodation

The notion that key university towns are reaching “saturation point” with student homes, is becoming something of a recurrent issue in the regional press. However, according to research conducted by student rentals platform, Studenttenant.com, demand for student accommodation is exceeding availability. In a recent article in University Business, Alumno’s David Campbell sets out to dispel the growing mythology surrounding developing student accommodation and looks at the facts for University Business magazine.

The Financial Times recently reported that the past two years has seen record investments into purpose-built student accommodation, meanwhile, consultancy firm EY has proposed that approximately nine university towns have reached or are nearing “saturation point”. It seems that not a week goes by when some large international investment company hasn’t committed millions of pounds in a UK portfolio of student housing. Equally there have been a good number of regional news stories quoting local residents’ unease at yet another student housing development in their neighbourhood.

So is this assessment of oversaturation fair?

“Certainly from the students’ perspective there is a lot to be gained from living in managed student buildings,” explains Campbell, “They are able, in the majority of cases, to secure a below market all-inclusive rent for a long-term period…Additionally, with the change in taxation laws and planning consent for multi-letting, many traditional landlords are being turned off from student lettings. It is a definite shift away from students being densely packed into terraced homes and the days of typical ‘student digs’ and overcrowding could finally be over.”

Then again, he warns, towns reaching “saturation point” could indeed be a valid assertion in certain locations. For example Glasgow and Liverpool have had a significant increase in Purpose Built Student Accommodation (PBSA) within a very short time frame. And yet, some cities are still carrying  “voids” in the rental market; they’re not getting to the stage where their traditional housing has been taken up by students, while other cities are effectively creating “student ghettos”. It is an ever-evolving process and one that changes with the needs of the students, which will undoubtedly be different again in a few years time.

Campbell asserts that it is, in part, down to local governments to strike the balance, but equally, universities need to provide a joined-up and cohesive message to support the offer that the private sector can bring by enhancing the infrastructure and environment the students seek when making the choice of where to study.

“One fact remains very clear across this sector,” says Campbell, “the standards have risen and the benchmark set high, and with this expectations are changing. The challenge is as much about meeting the needs and expectations of the student population as it is about adding value to the wider local community.”

You can read the full article here.

With the success of our student photography compet

The contrast between the trees and birds and garde

A Yorkshire native himself, Ben Kelly first made h

It really was streets in the sky. http://alumnogr