All Saints Green, Behind The Scenes 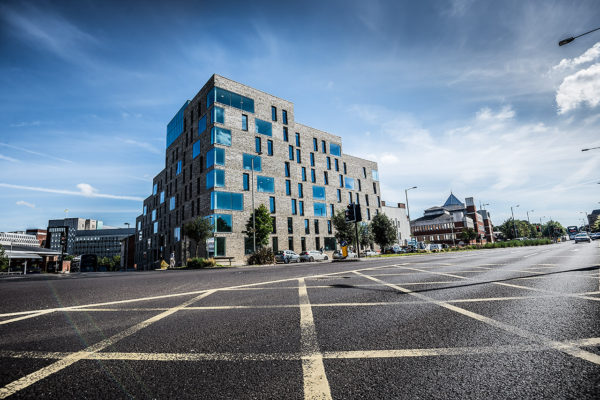 This month’s behind the scenes features Iain Carson talk about All Saints Green and his inspiration behind the design of the development.

It was a significant site in an underused part of central Norwich that had been empty for decades – having been blighted by the Second World War and never recovered – which still had patches of undeveloped wasteland. There was an opportunity to bring life and culture, in terms of bringing people back into the city centre, which is pretty much dormant at night apart from the buses. 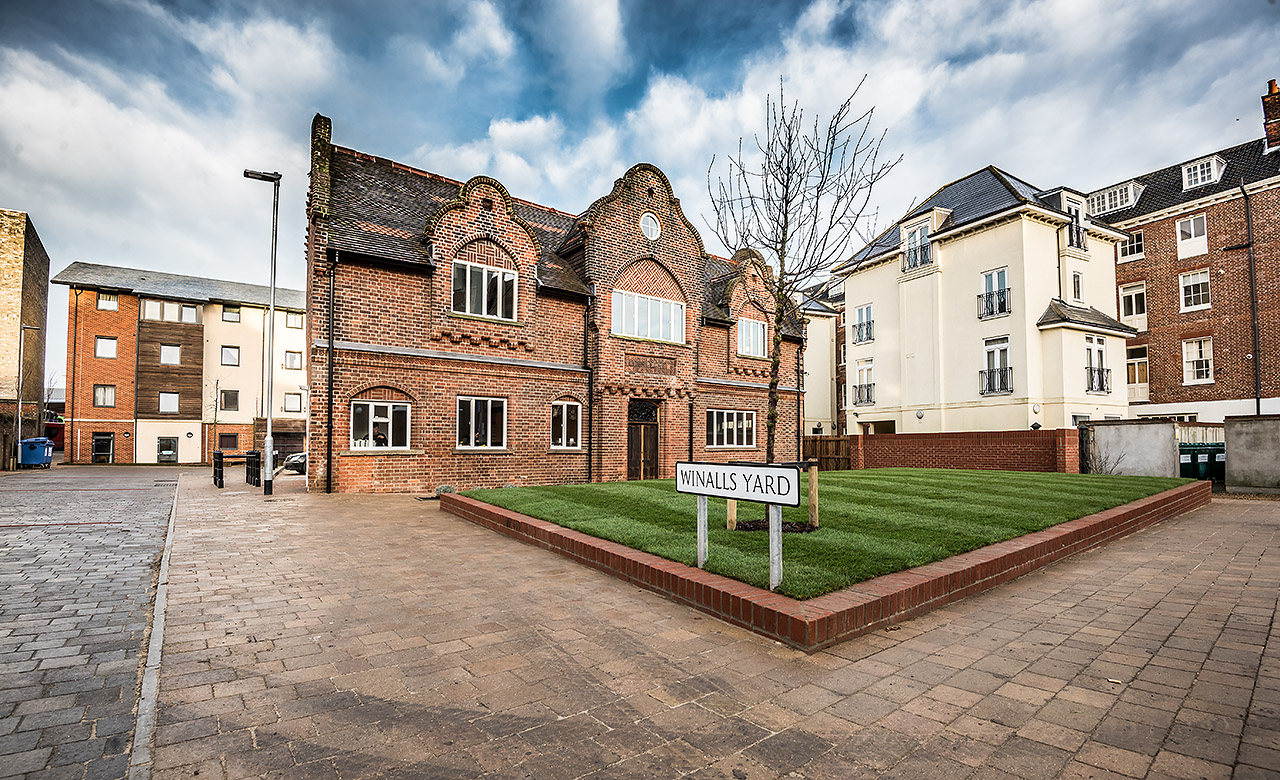 We saw an opportunity to create a building which celebrated arrival to Norwich itself. Rather than actually have the highest point at the corner of the building we decided to move it somewhat down the hill towards the bus station. Then, within the bus station looking toward the building, one can see the entrance which is actually crowned by a lighthouse. 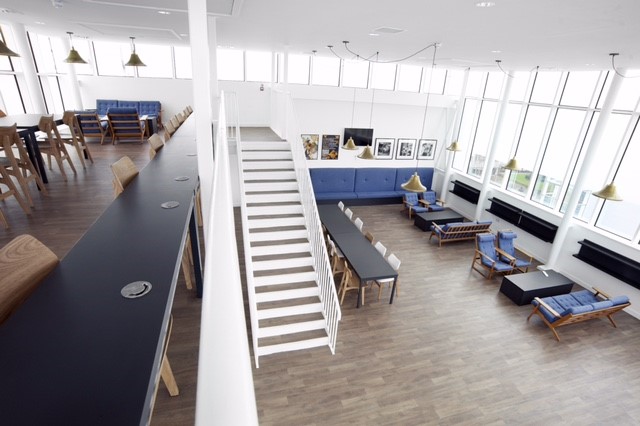 The Myddleton Arms new pub landlords announced that they were starting Islington’s first Yacht Club, and were going to have a regatta on a two-metre-wide bit of water, with radio-controlled boats. I was sitting to one side, with my sketch book, and inspired by all this talk I decided to create Norwich’s first lighthouse. The lighthouse is the main point of focus but also from it you get 360 degree views. 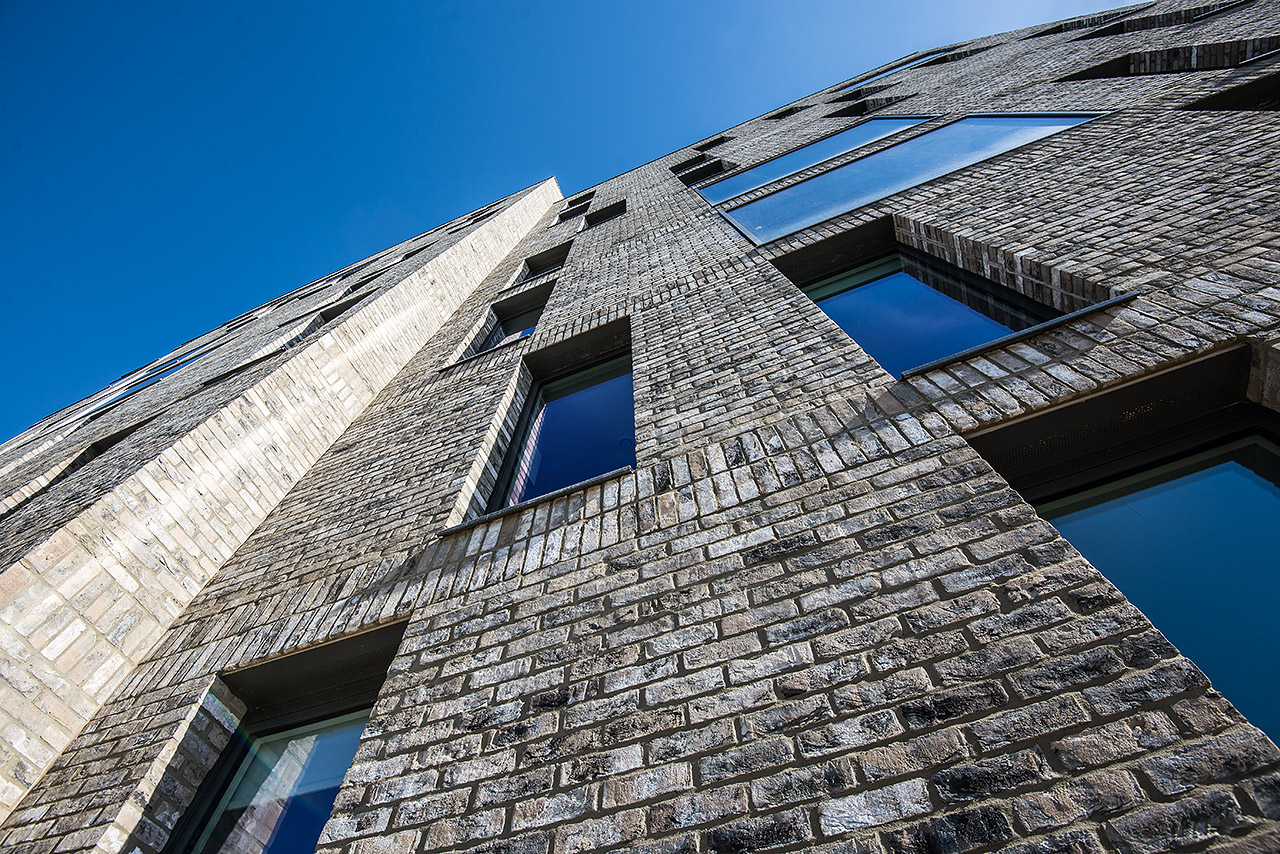 For the form of the building we started off with an L-shaped block, just forming a corner. We then stepped the block down towards the YMCA, the lower building toward the east – toward the city. Behind the building we have an oasis, a hidden garden, which is used by the students and has a good amount of light at all times of the day. We worked closely with Clarke Associates and Conisbee – the engineers – to create basically a SuDS (Sustainable Drainage System) for rain collection. 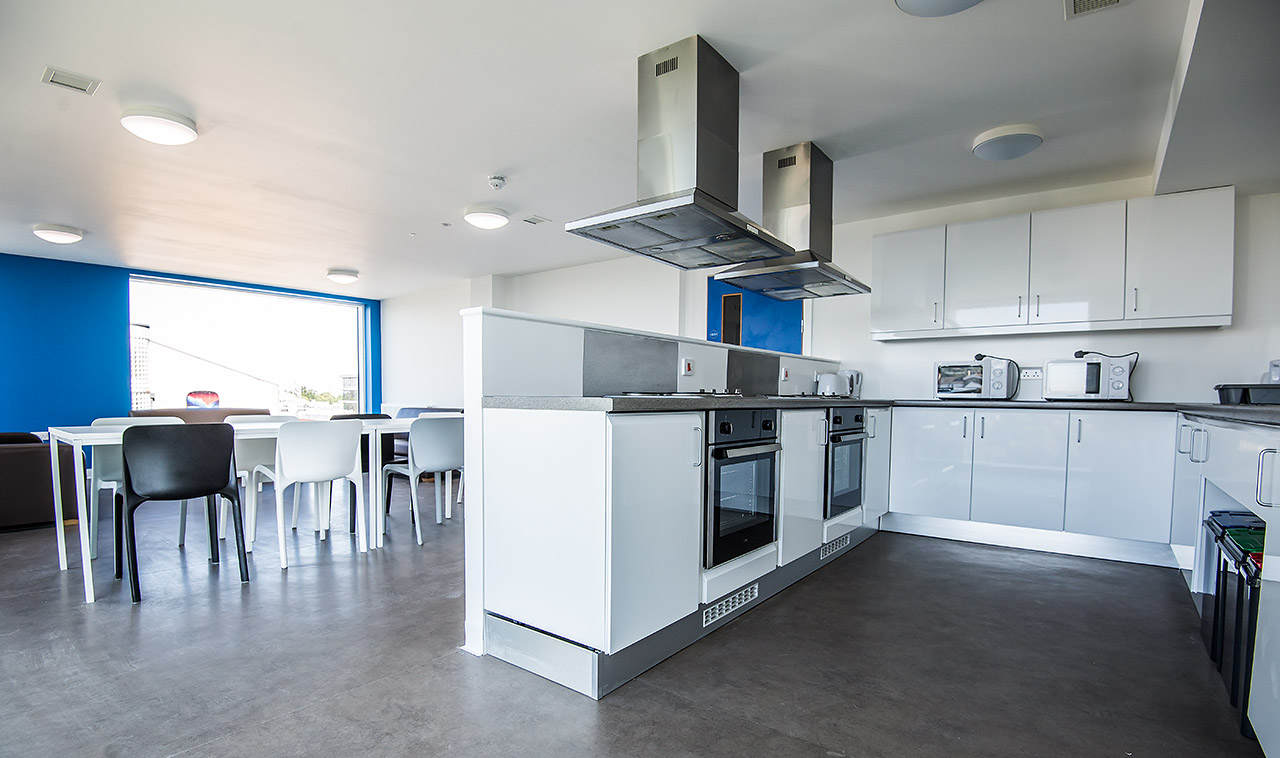 Rather than keeping it aligned throughout we decided to step the façade. It helped to break down the overall form of the building which, predominately in functional aspect, is lateral – in terms of the way that the rooms are set out. We wanted to emphasise was more the verticality, and break down the scale as well. In doing that we looked at the window types and, rather than stacking the common rooms, it was better to have them at varying places throughout the whole façade. We wanted to have a hierarchy in terms of the window structure; the small slotted windows are the more intimate spaces but the larger windows, or square windows, are the common rooms. 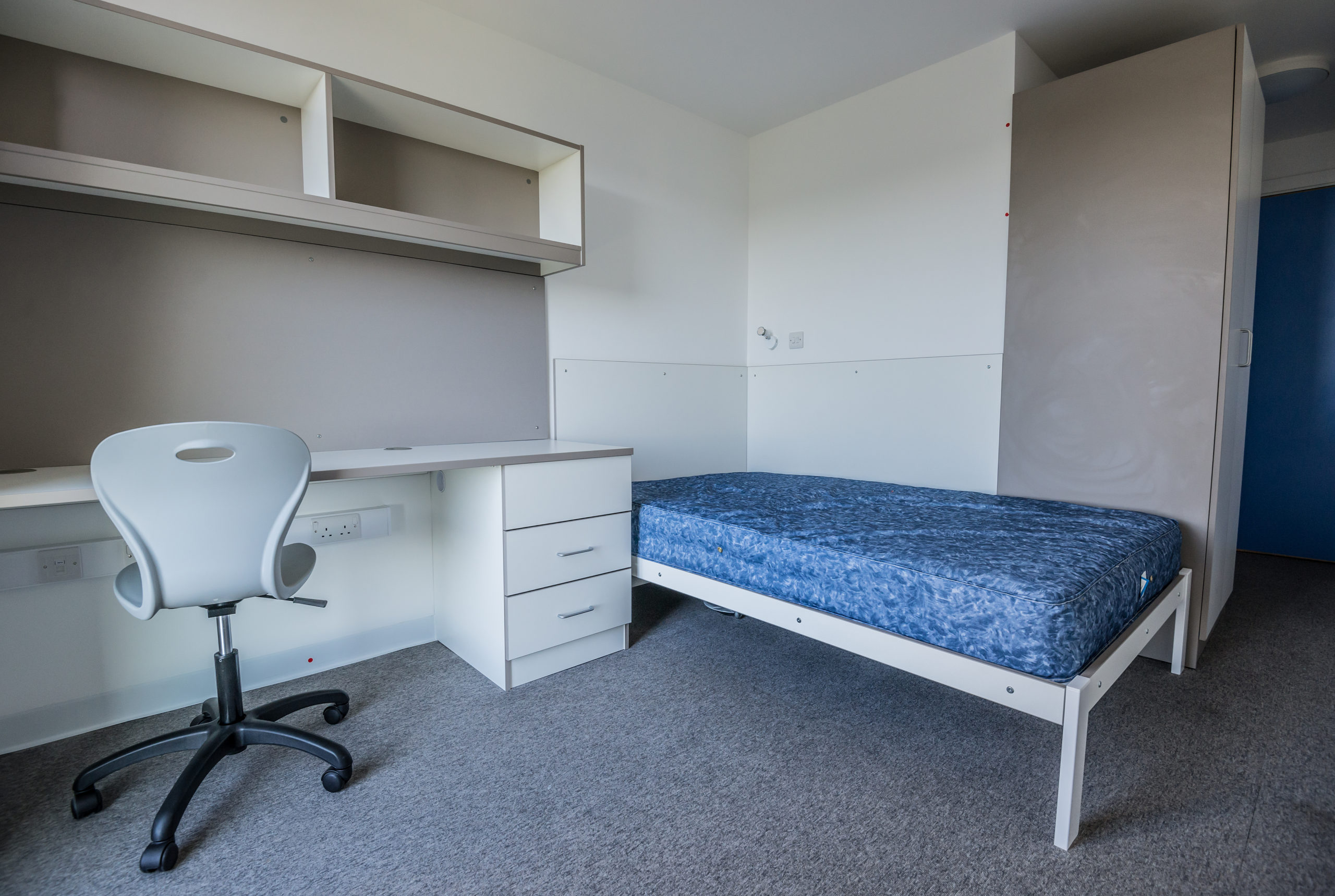 We went through several hundred types of bricks with a conservation officer to find a brick which suited the character of the area. Within Norwich, you get the greys, the reds, and the kind of blonde sandstone. We sourced a brick which reflects not only buildings of the past but is sympathetic to some of the ones in the immediate context, which are more modern. 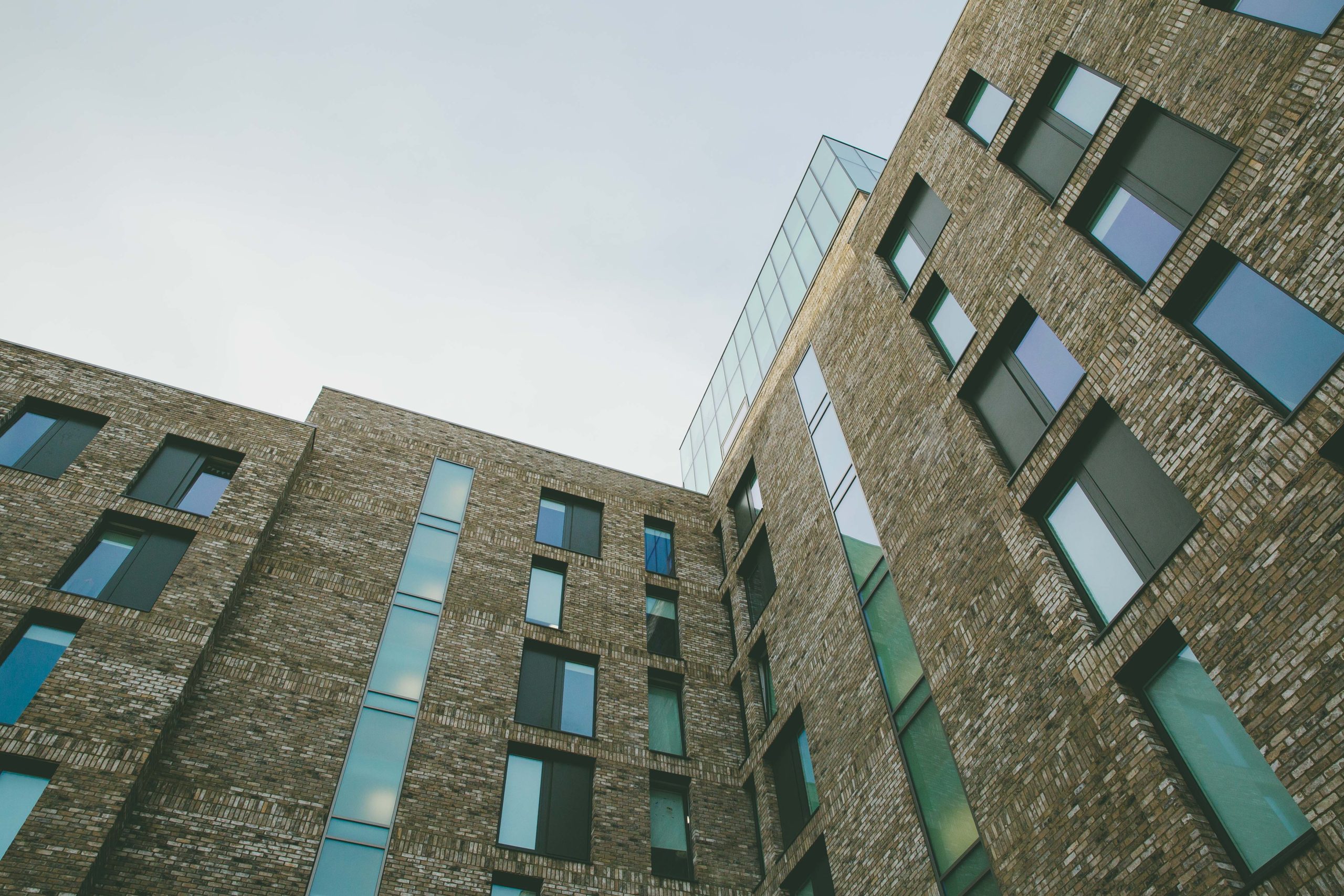 The interior feel is also very important, it should be welcoming, but also encouraging. One of the most successful places was in the gallery, where there are these bold colour images. The integration of quality refurbished Danish furniture to the common area, as well as curated quality original artwork, successfully completes the interior space and becomes an intrinsic part of the overall design. 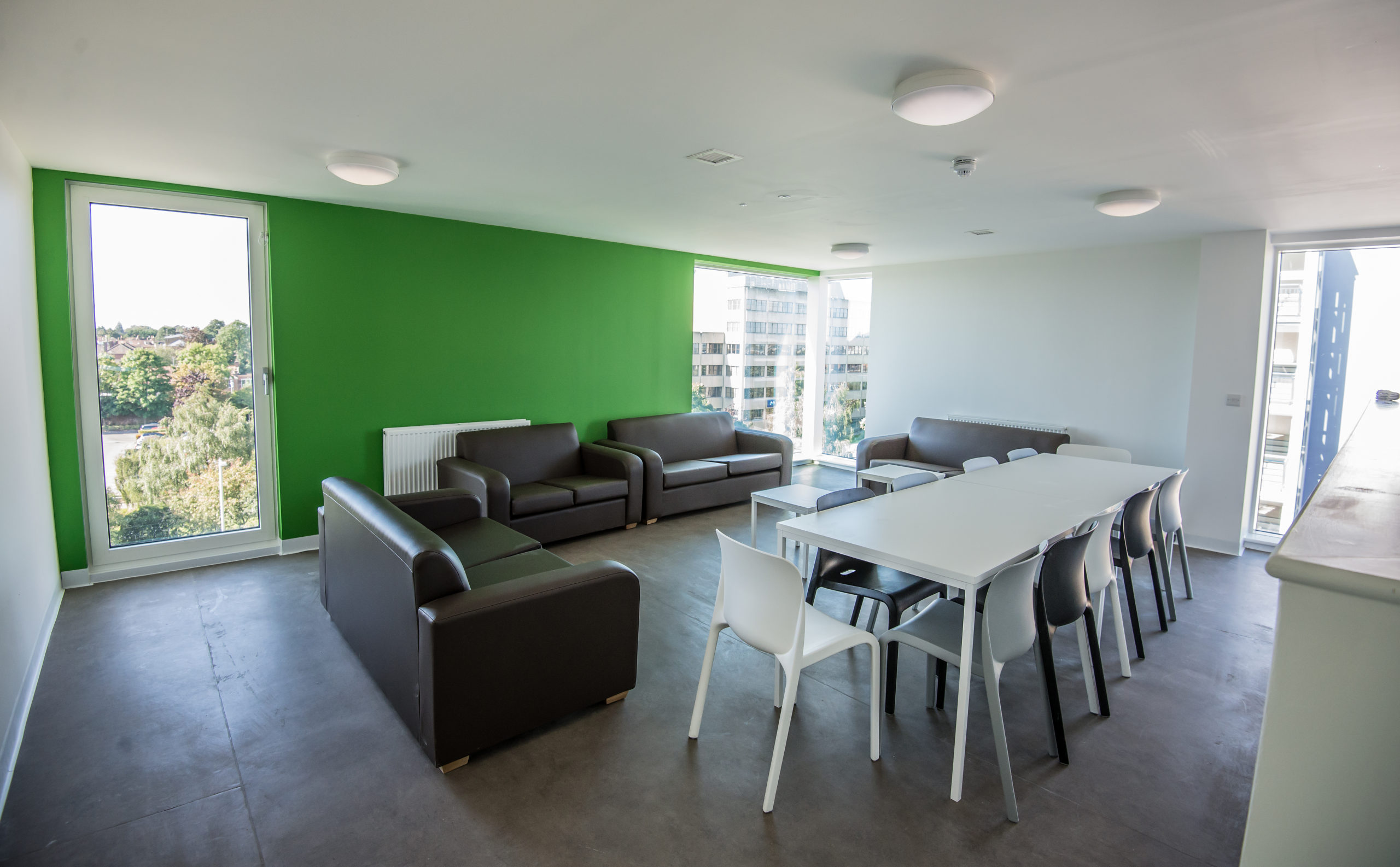 What has become the café, gallery and yoga studio was all part of the site that was owned by the city council. Alumno could have just taken the corner site, but they fell in love with this particular building and saw an opportunity to restore it. 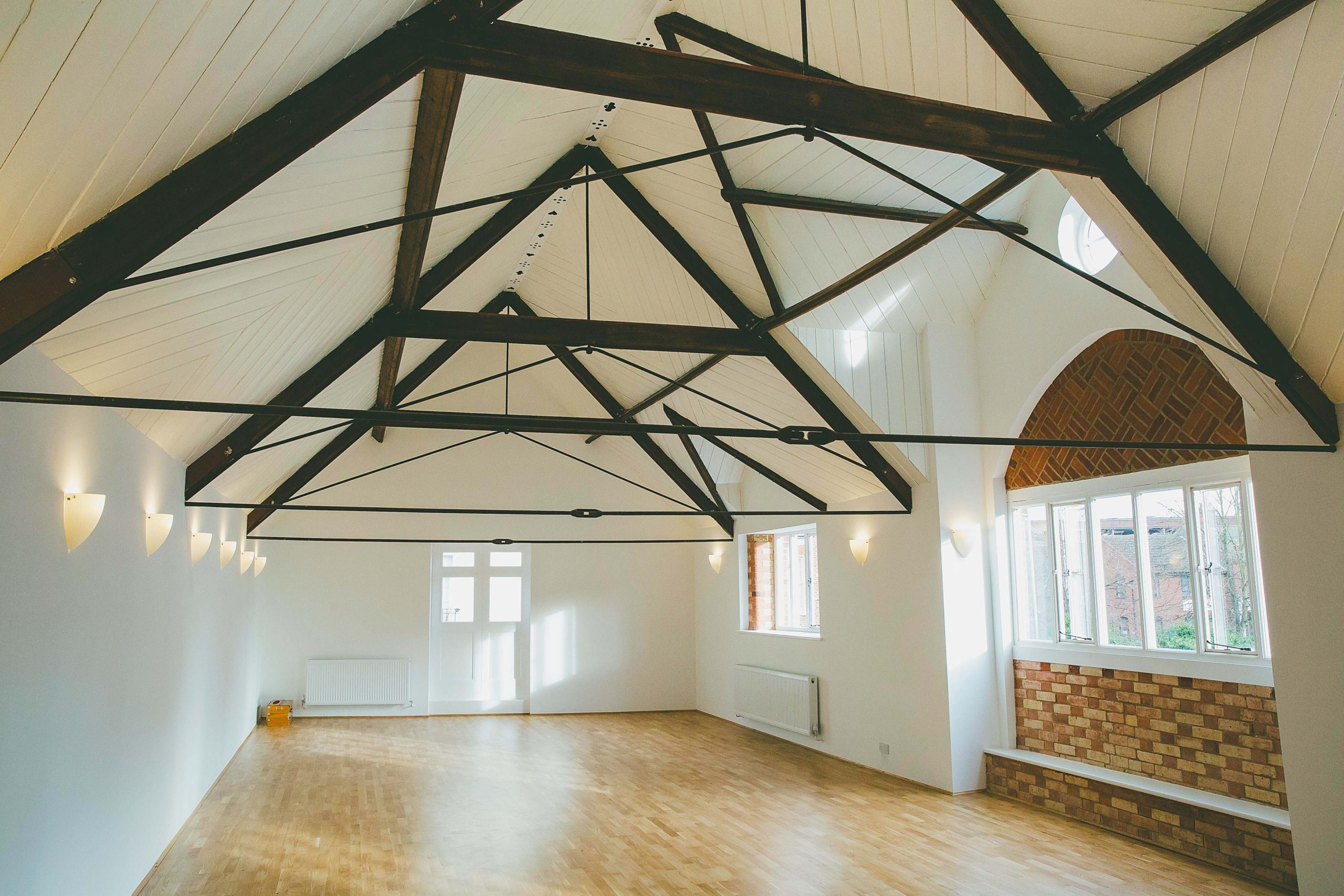 The opportunity was here to restore a building that would create a sense of community, and also enhance the setting and entry from All Saints Green. To create a space which not only gave the hidden building an enhanced setting, but actually created a bit of relief as you walked along the All Saints Green – a public open space where people could sit out, eat or read a book. 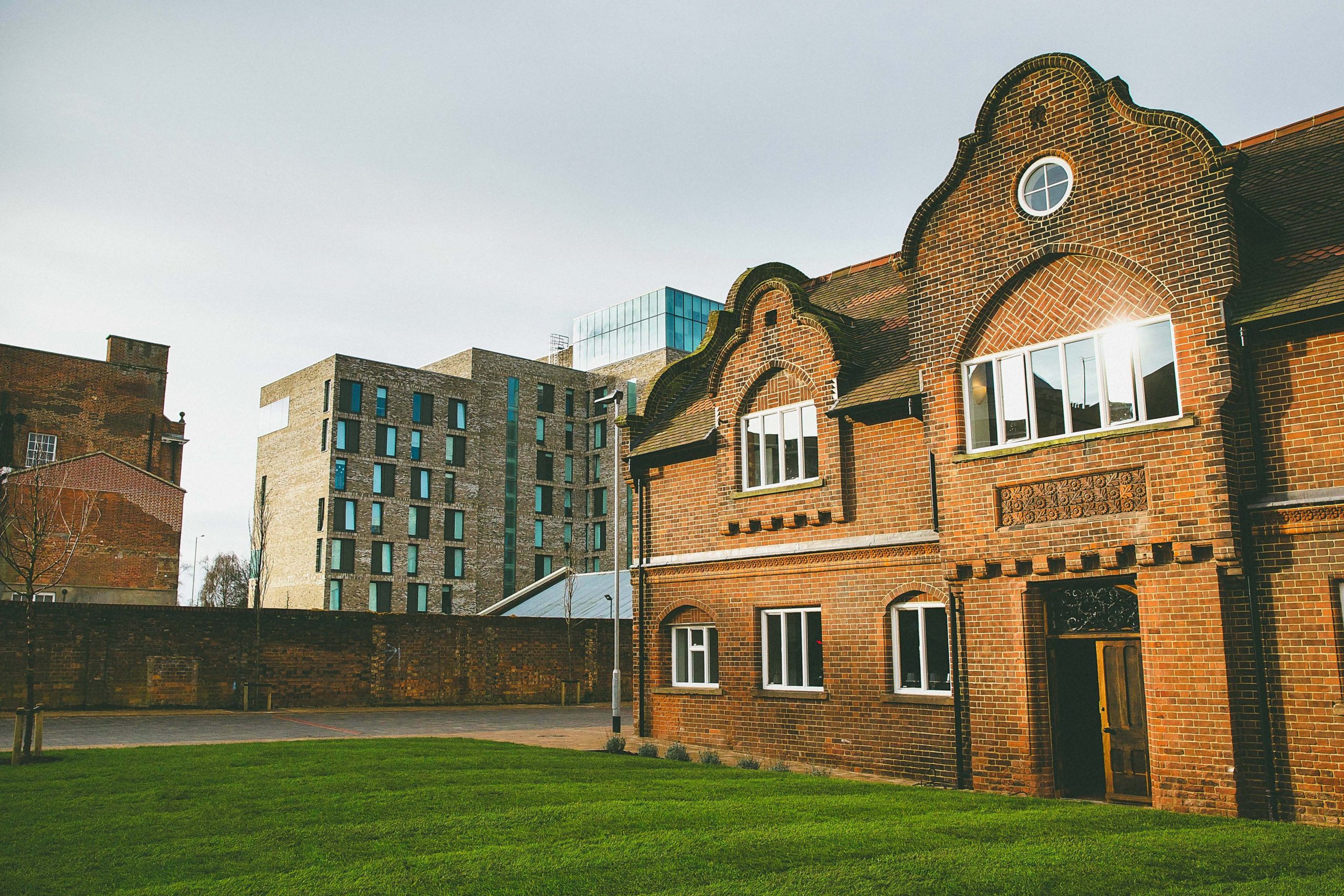 The yoga studio fell in love with the building and saw an opportunity to create a space for yoga and also a community café. It is also a place where local artists and students can exhibit some of their artwork. The work Alumno, and ourselves did was acknowledged by The Norwich Society with an award for renovation of an existing building.

Keep your eyes peeled on @photonorthfest and our s