Behind The Scenes With: Ben Kelly 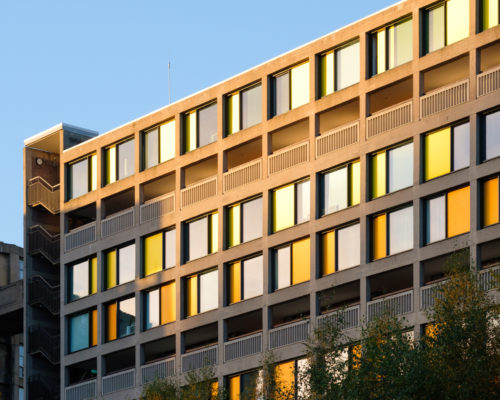 This month’s behind the scenes feature, focuses on the arts, with Ben Kelly speaking about his involvement and inspiration behind his designs, developments and working with Alumno.

‘Tom Bloxham first introduced me to David Campbell, describing him as ‘one of the good guys’. David was initially interested in getting me involved with the Park Hill project because of my understanding of the sensitivity of Park Hill social housing, its relationship with Le Corbusier’s Unite d’habitation, Brutalism and also because of my connection with the music industry. Sheffield has a really strong legacy, so there was potential for a heady of mix of Architecture Art and Music. The project has been a collaboration really and that’s been a great process. 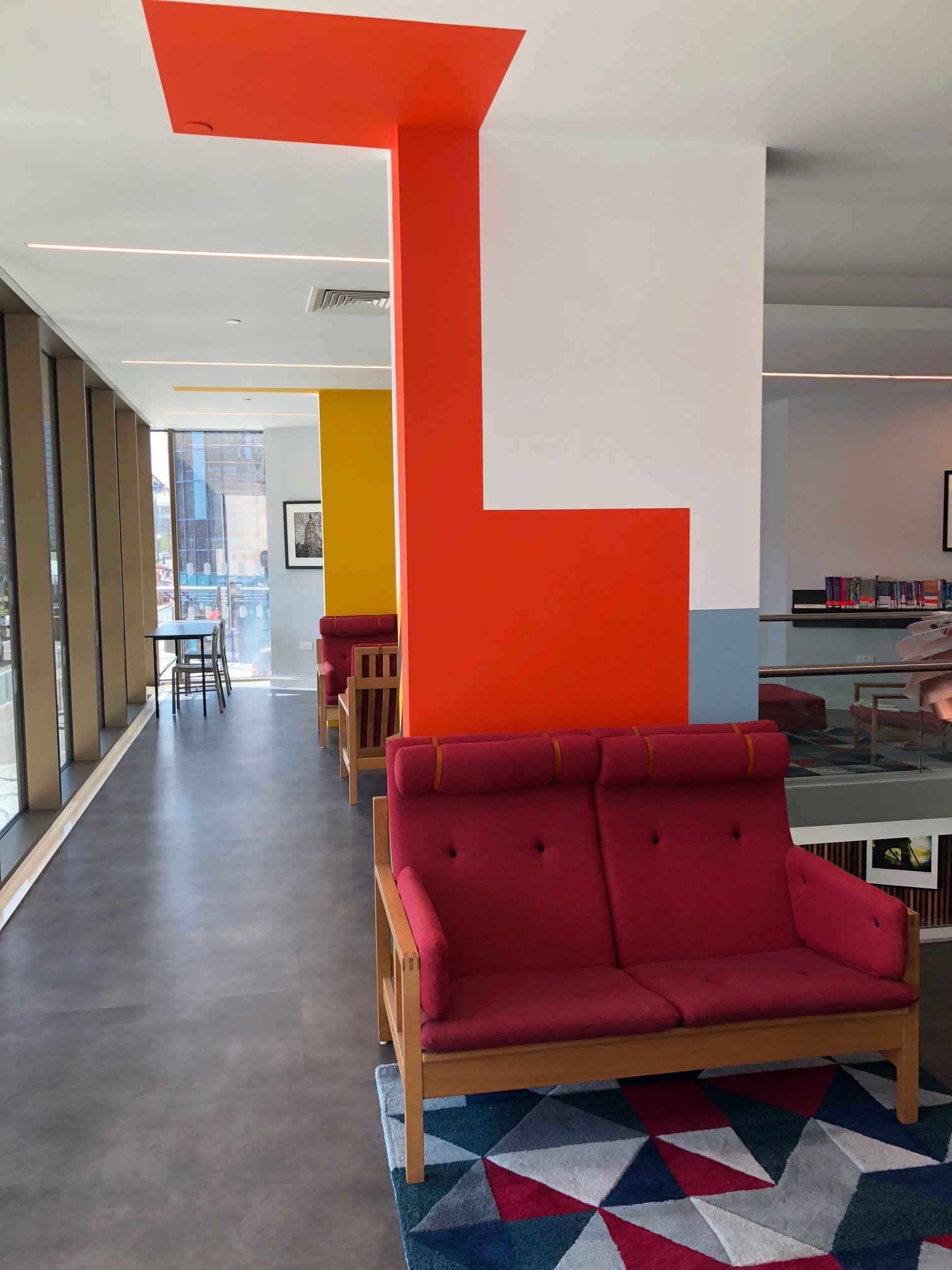 I’m also working on Alumno projects in collaboration with Iain Carson. I like the way that I can work with Iain. We sit and we talk about it, discuss ideas, drawing, and it’s a really lovely process. I suggested using Tony Wilson’s famous, ‘This is Manchester. We do things differently here,’ as a neon sign, just inside the entrance. The Hacienda was recognised as the beginning of the regeneration of Manchester, What Factory and Tony Wilson did for Manchester needs to be understood. 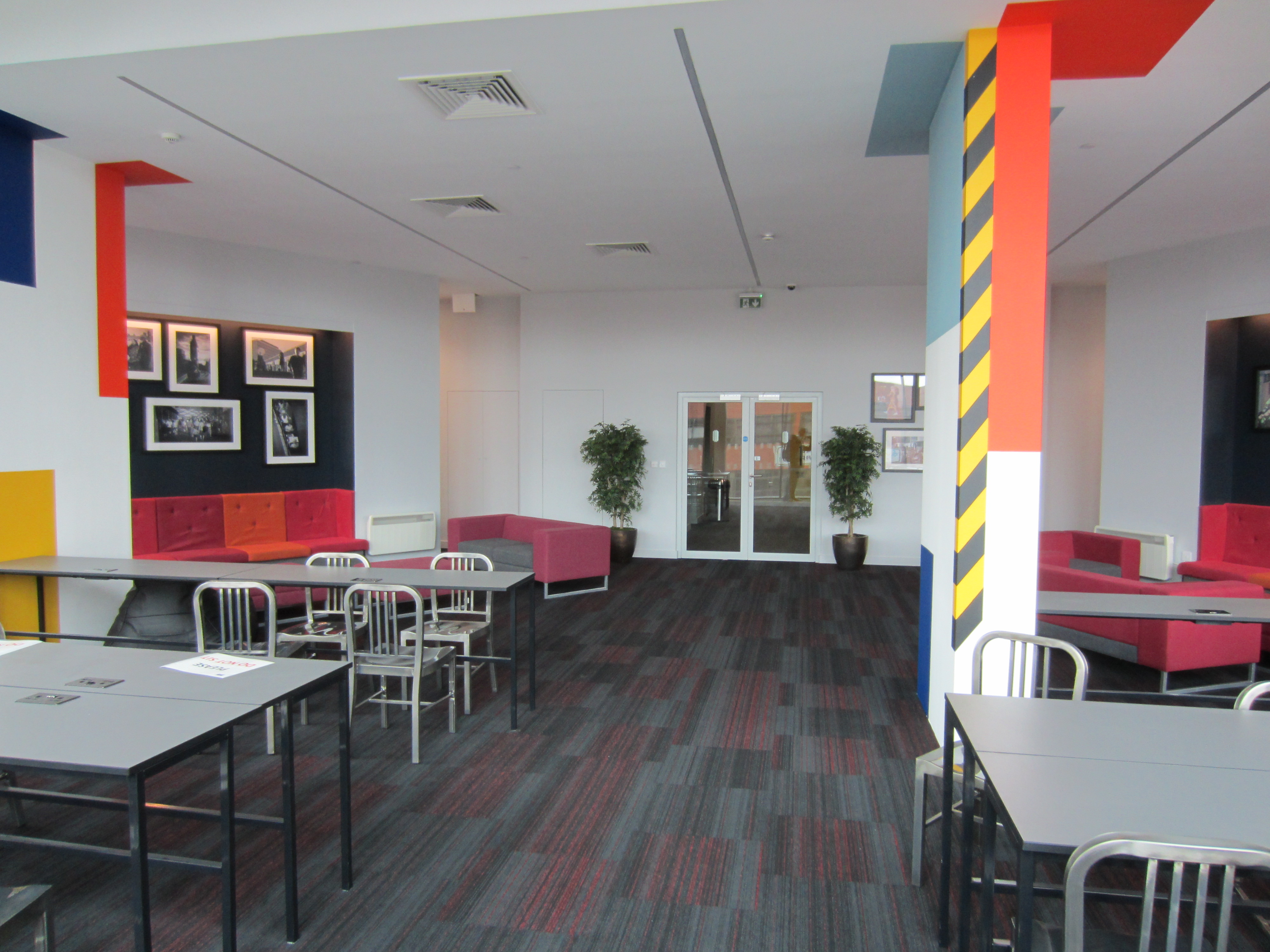 One day I showed David a little piece of work that I’d done for a private client with a big house in West London that he’d had remodelled, with a column going about 4 or 4.5 metres through two floors of the building. He had been a student in Manchester, went to The Hacienda and was a fan, so asked could I do something, as he was really interested in the idea of referencing it back. 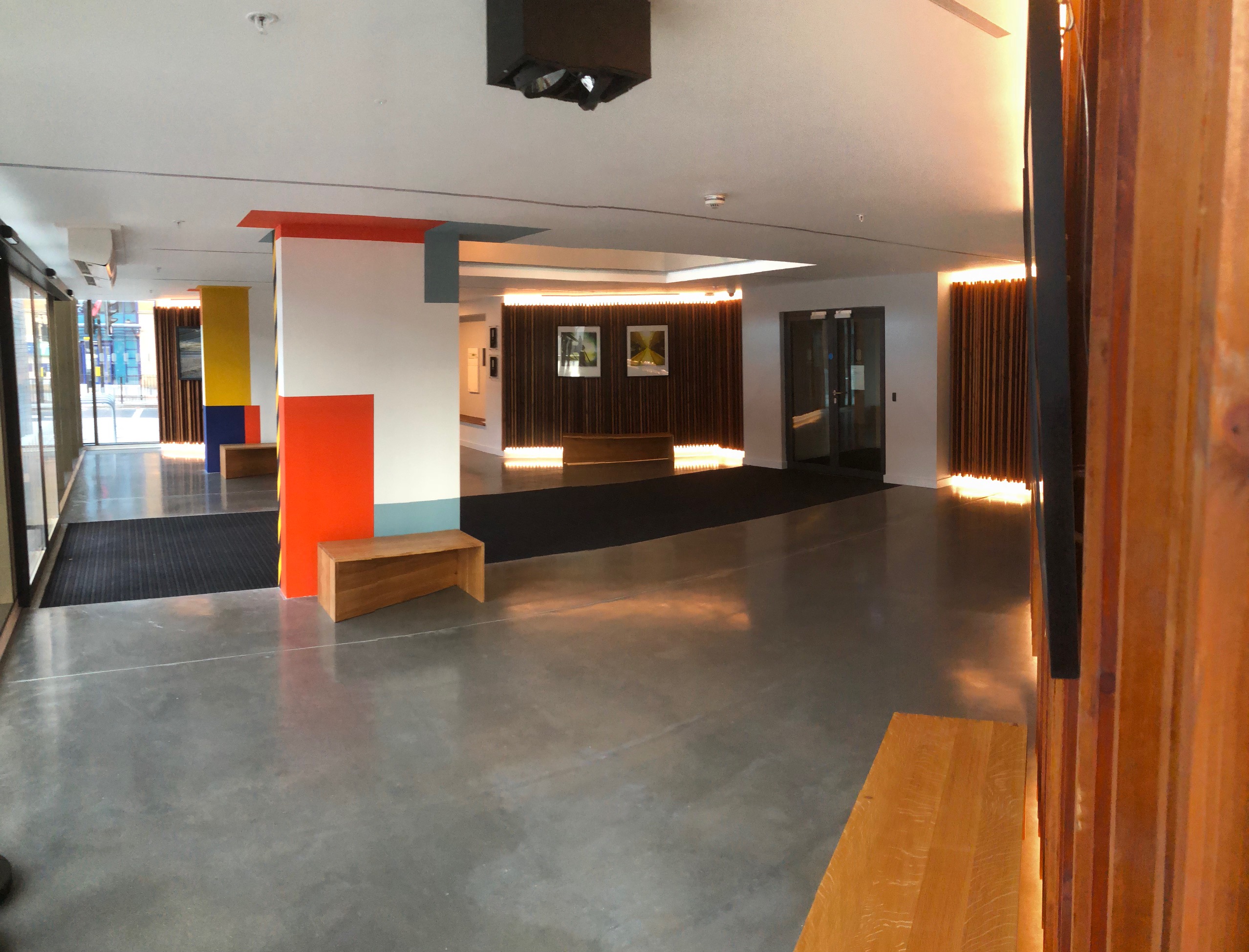 Then a few weeks later, I think it had been going round in David’s mind, as he had 6 columns across 3 floors in Aspire Point. I go to Stratford and almost knew immediately, which is this sort of abstract colour composition which I could take onto the ceilings of these three floors. This abstract coloured thing going in the columns which I’d then take onto the ceilings, so it becomes like a three dimensional painting across the three floors – because there’s a void in the middle between the ground and the first floor, the mezzanine. When you’re stood on the ground floor you can see up to the ceiling of the mezzanine, you’re seeing through two levels and the same looking back down. You see the scale of the columns and you read the scale of space. What I’ve done I think helps to reinforce the drama of the space, it creates interest and there is a kind of reference. 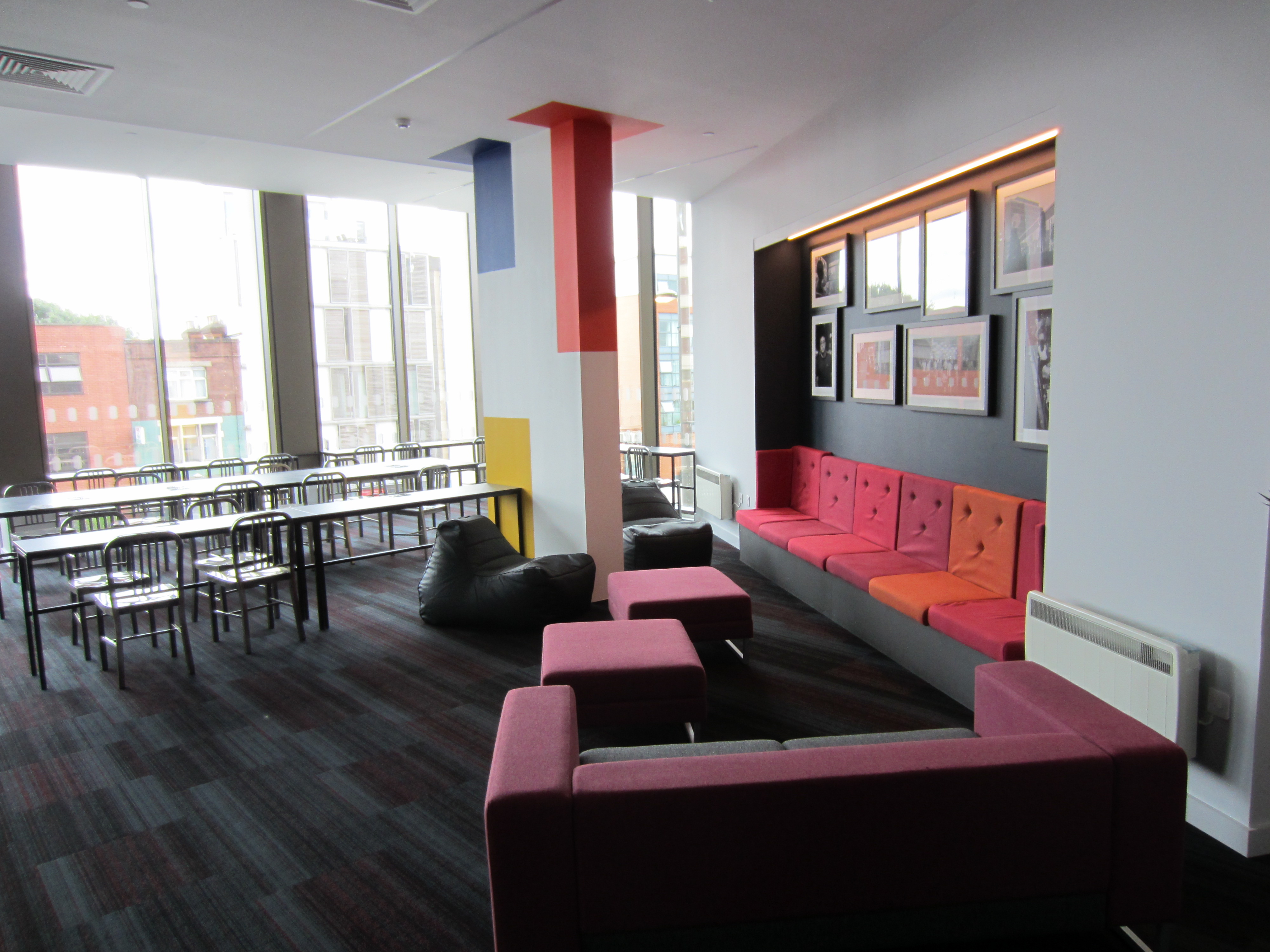 Many years ago, when I was running a medium sized office, we actively went out looking for work to do student accommodation. I thought at the time we could do something worthy that was great, because I felt we understood what students might like to have, what sort of space they would like to occupy. We didn’t manage to get work in that field and now I’m quite glad we didn’t. I find it very strange now that it’s come full circle and, because of David Campbell and Alumno via Tom Bloxham at Urban Splash, I am able to feed into that because of dialogue with David, and the recommendation from Tom. Clearly David’s remit is not your typical developer with student accommodation. The integrity that he brings to the projects, and the thoughtfulness, and his understanding of references to culture, to the music scene, to the art world and the creativity in general. He tries and works very, very hard to embody a layer of culture into the building. 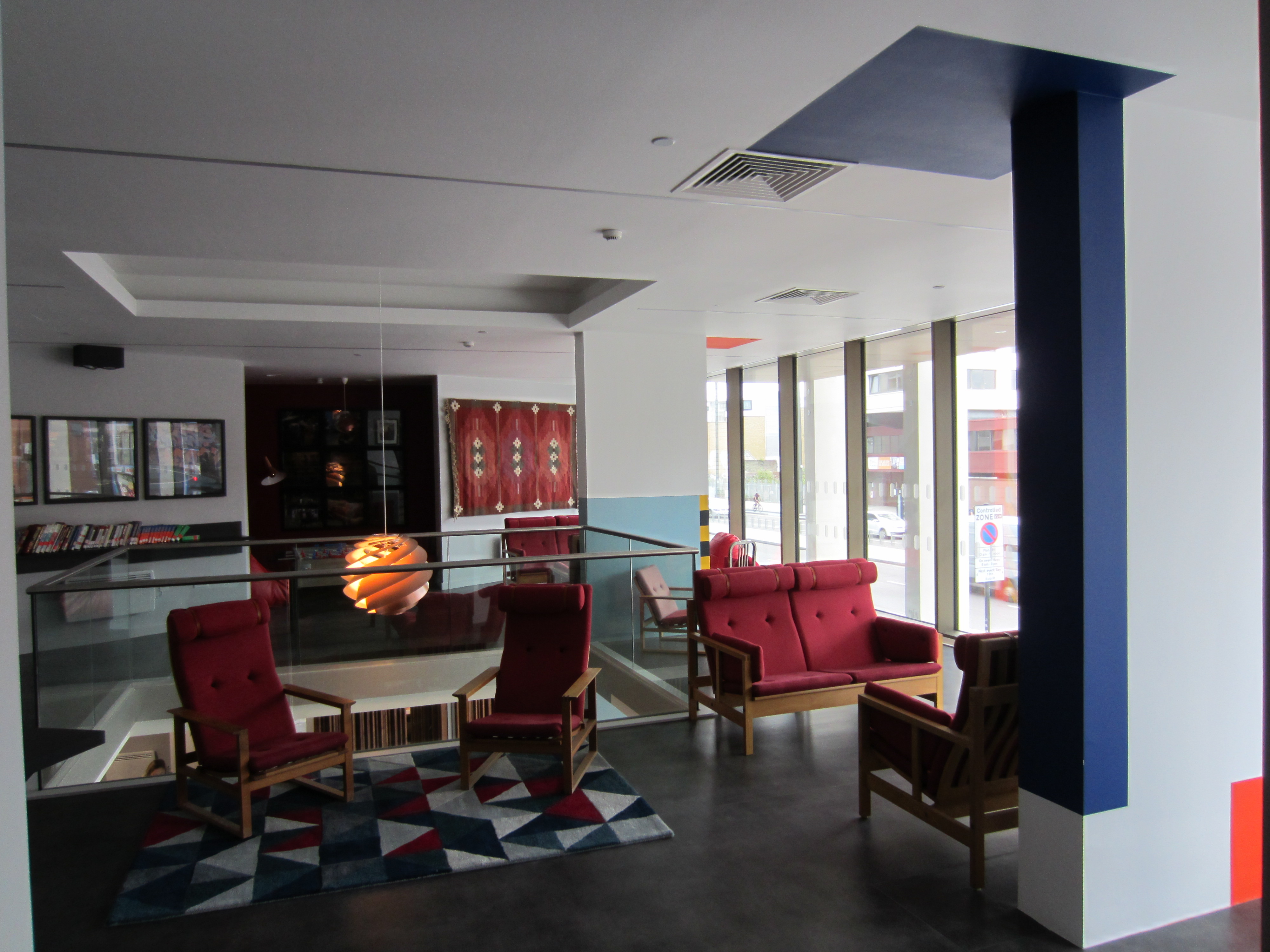 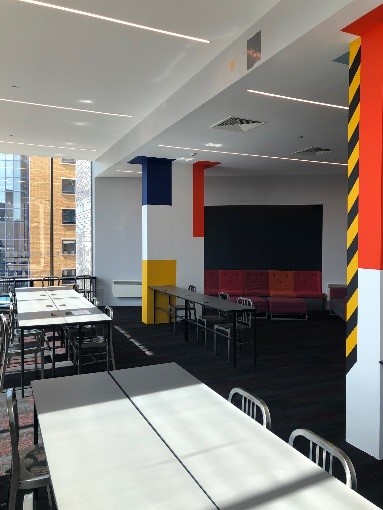 It’s not an easy process and that’s why it’s admirable the way that David and Alumno really care about Art and design as well as Architecture. I can say it’s working, because my son attended an event in one Alumno re-developed Town Hall in Camberwell, with his collective group called Soundspace Records. One of them is a DJ, one makes music and my son does all the visuals. They put this gig on in the student accommodation in the top floor common room. The outside world came in, everyone mixed it was very successful. My son actually called me and said what a great space it was, how everything about the space, from the view, to the architecture, design and artwork was inspiring.

📢 Calling all students! 📢 We have relaunche

It's double excitment for our blog this month as w

We are pleased to announce that permission has bee

Work at @betonhouse_hfs at Park Hill in Sheffield

Even during these difficult times, our friends at