Behind The Scenes With: Andy Costa 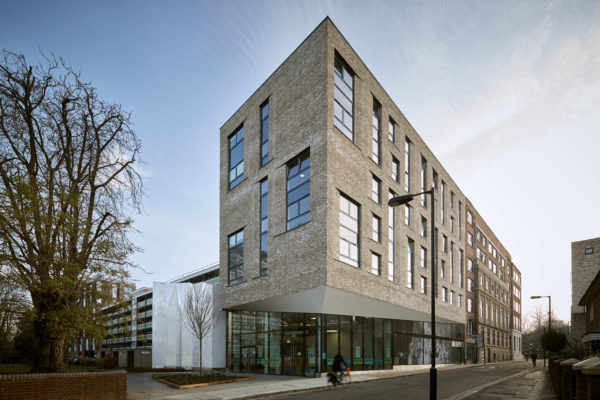 This month’s behind the scenes feature, sees Andy Costa talk about Southwark Town Hall, London and his inspiration behind the design of the development. http://alumnogroup.com/projects/southwark-town-hall/

‘The brief by Alumno was to regenerate the site of the former Southwark Town Hall as a mixed-use building which includes the new Theatre Peckham, accommodation for Goldsmiths College students, Artists’ studios for ‘Space Studio’s and a Community Café/bar, restaurant and gallery. 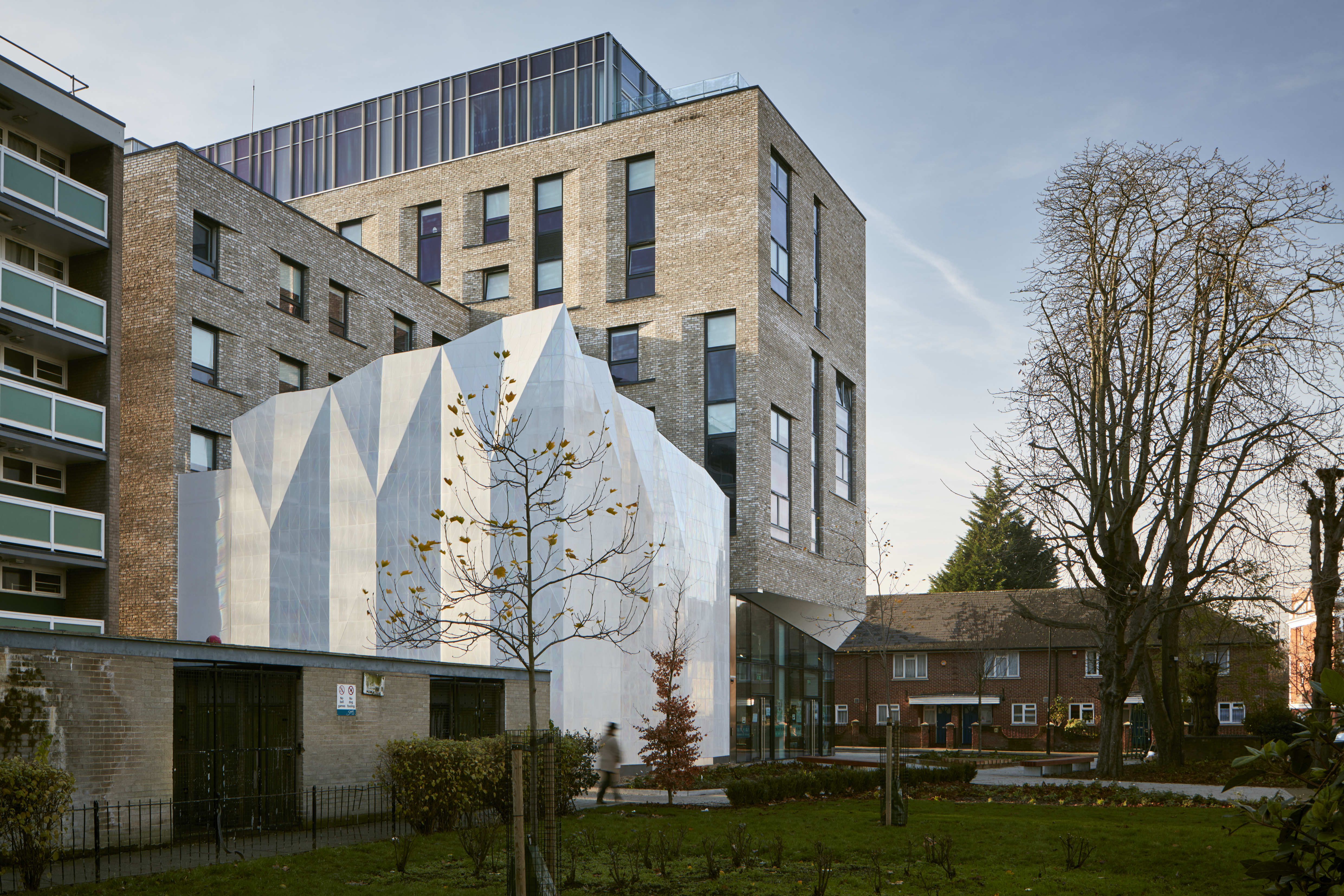 There was the original 1870’s vestry hall, with the 1950’s Town Hall architecture essentially enveloping this original building, and adjacent Georgian houses providing a rich historic context. I thought about how any new elements could be constructed against this backdrop of heritage while fitting with the values of the local community and we worked closely with the planning team to develop a complementary, contemporary response. The idea was to really create something of its time and of the moment, so that it would become another layer of pantheist, another layer of memory of the building reflecting its enduring vitality. 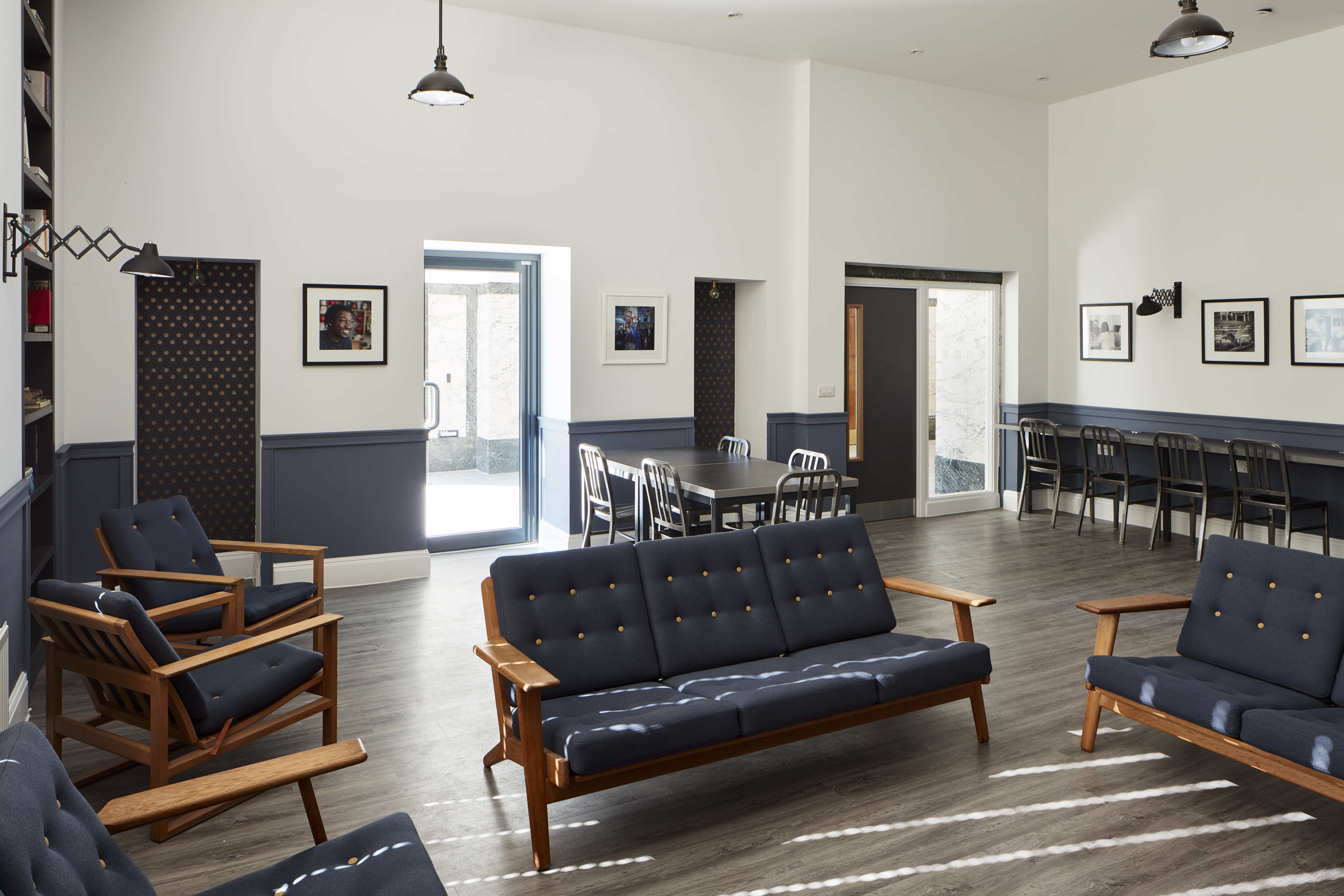 The scheme was designed to include private student gardens, generous common spaces and lounges. The new extension made use of insitu slab with pale bricks complementing the hall’s Portland stone and weathered brick, tying the new and historic together. We had some fantastic essential uses proposed in the early stages of the scheme. These were testament to the strong ethos that Alumno shared with Jestico and Whiles, to engage both Art and Architecture and promote them together. We were really very lucky that these evolving and changing ideas were something that manifested right through the physical element of the building. 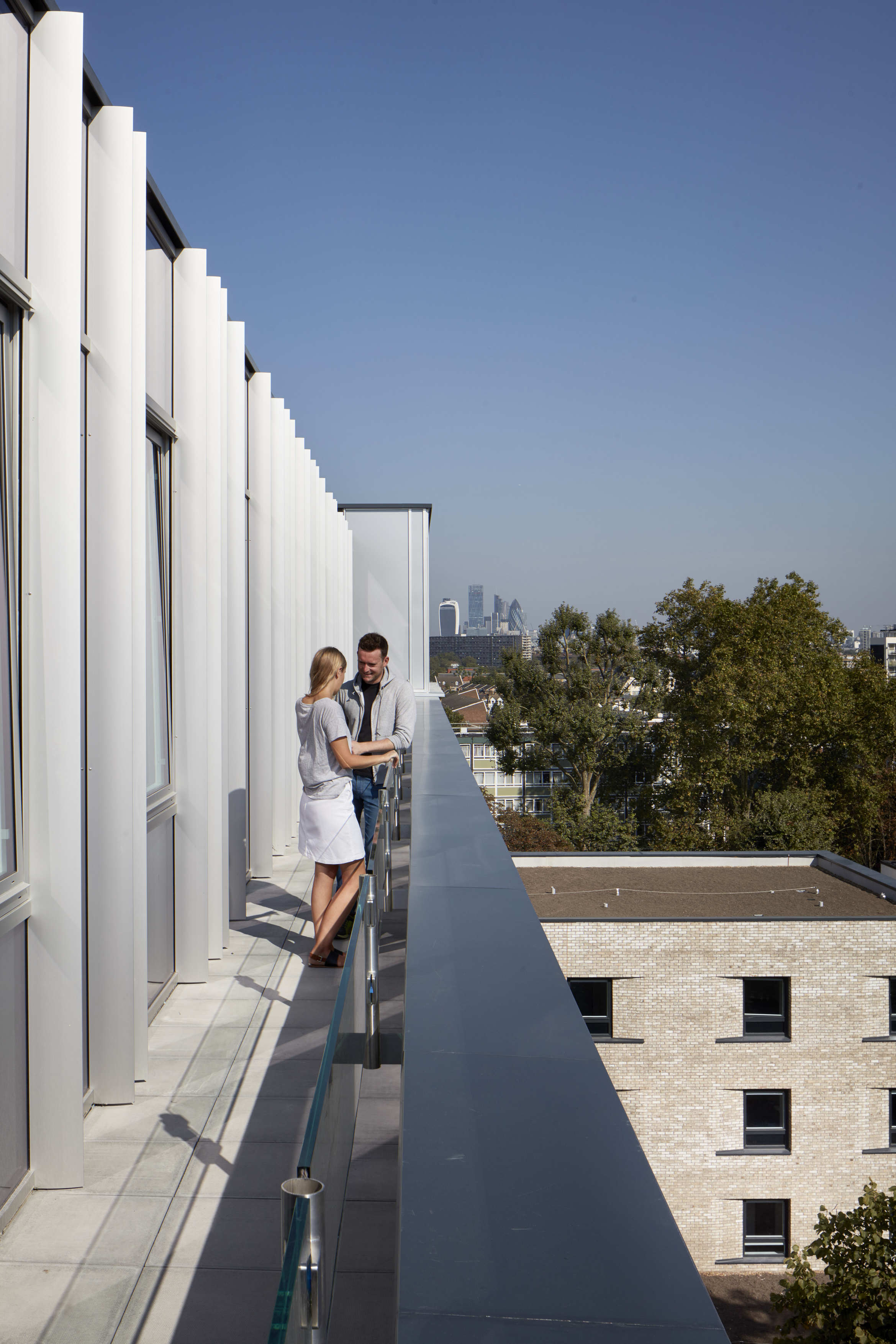 The building is topped by a sky lounge with magnificent views across London, providing social space. At ground level, twelve self-contained artist studios are provided to nurture emerging talent, augmented by an independently-operated public gallery and café. When we were designing the layouts we allowed the building to tell us where to divide it up and didn’t really force sub division behind the façade which felt unnatural. We had a great opportunity of both height and volume in the rooms driven by columns within the building. We allowed the existing building to guide us in its own reinvention as it has a sort of life of its own and informs you as to how it can be re used. As far as the actual student rooms are concerned, there are many stunning big rooms where you still feel you’re in quite a grand mid-20th century building, though with modern pod style bathrooms. 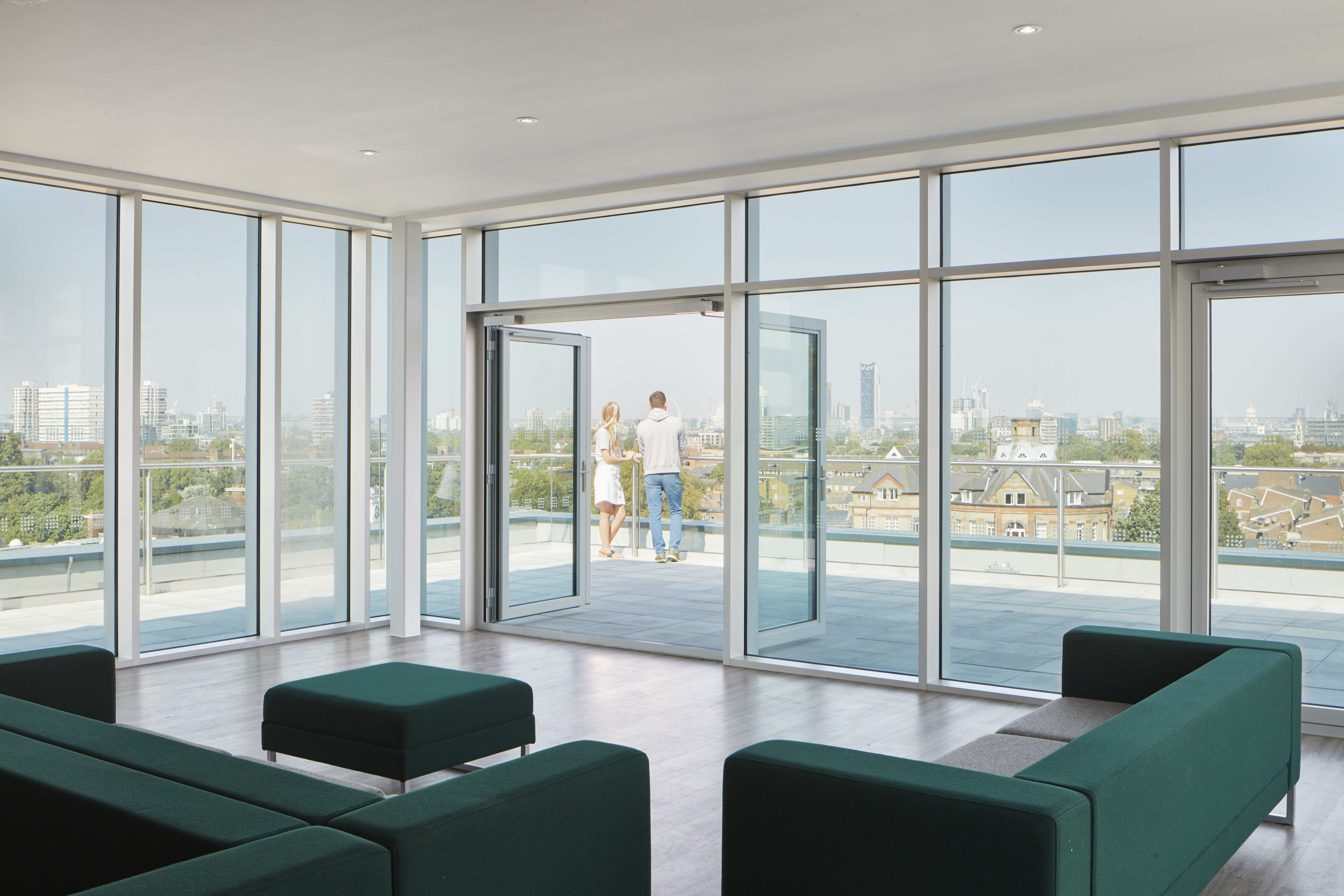 Within the old building there was a repository of plans and safes which contained decade’s worth of symbols and emblems; we were able to salvage quite a lot of this visual data. This ensured we could keep some of the old Town Hall alive for local people who would have memories of it. 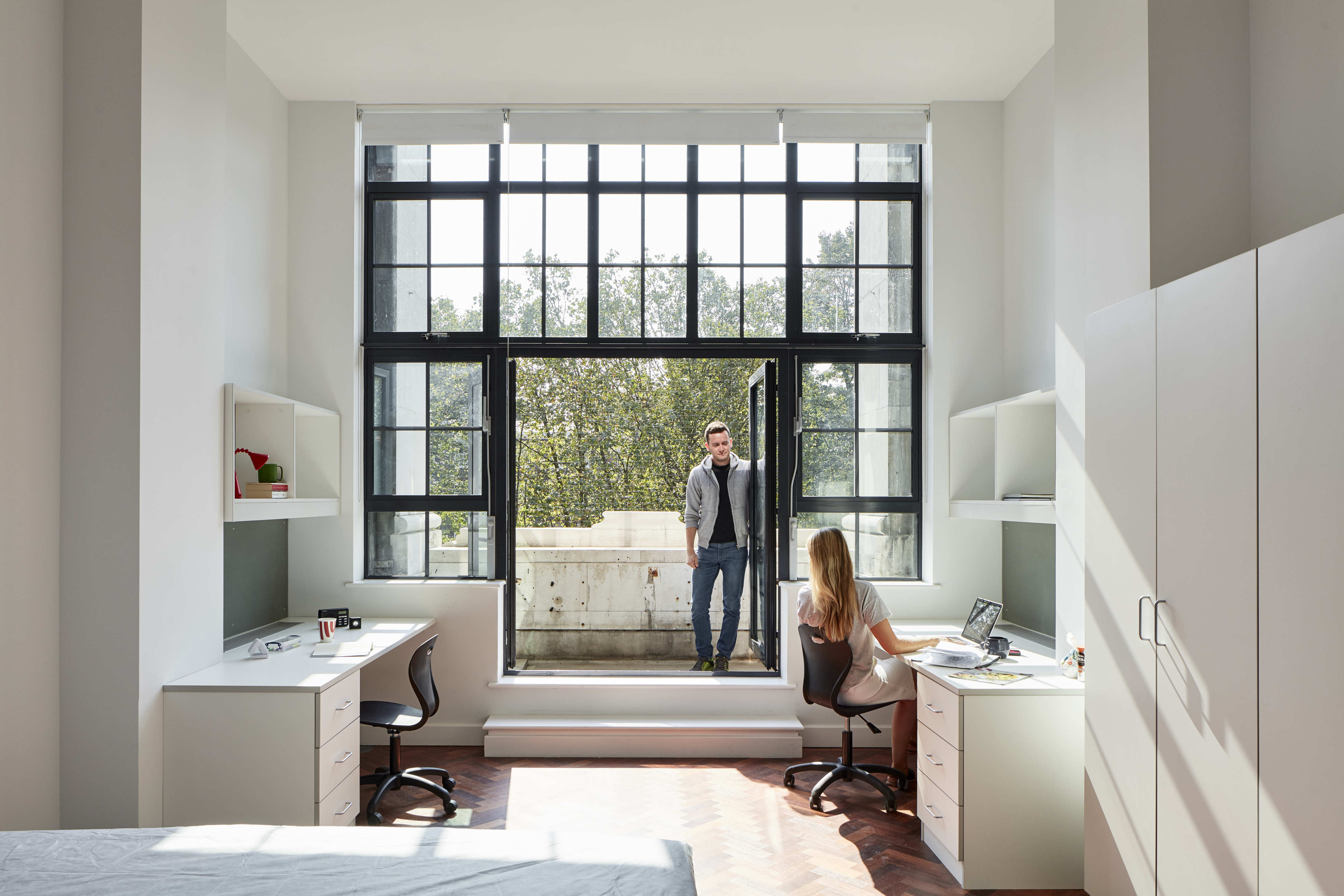 Part of the development involved reconstructing Theatre Peckham – a community theatre housed in an adjoining badly run-down community hall on the site. The goal was to create a state-of-the-art studio theatre complex with 200-seat auditorium, rehearsal space and dance studios – all under one roof – with a foyer and breakout space accessed from a new public piazza to the north. 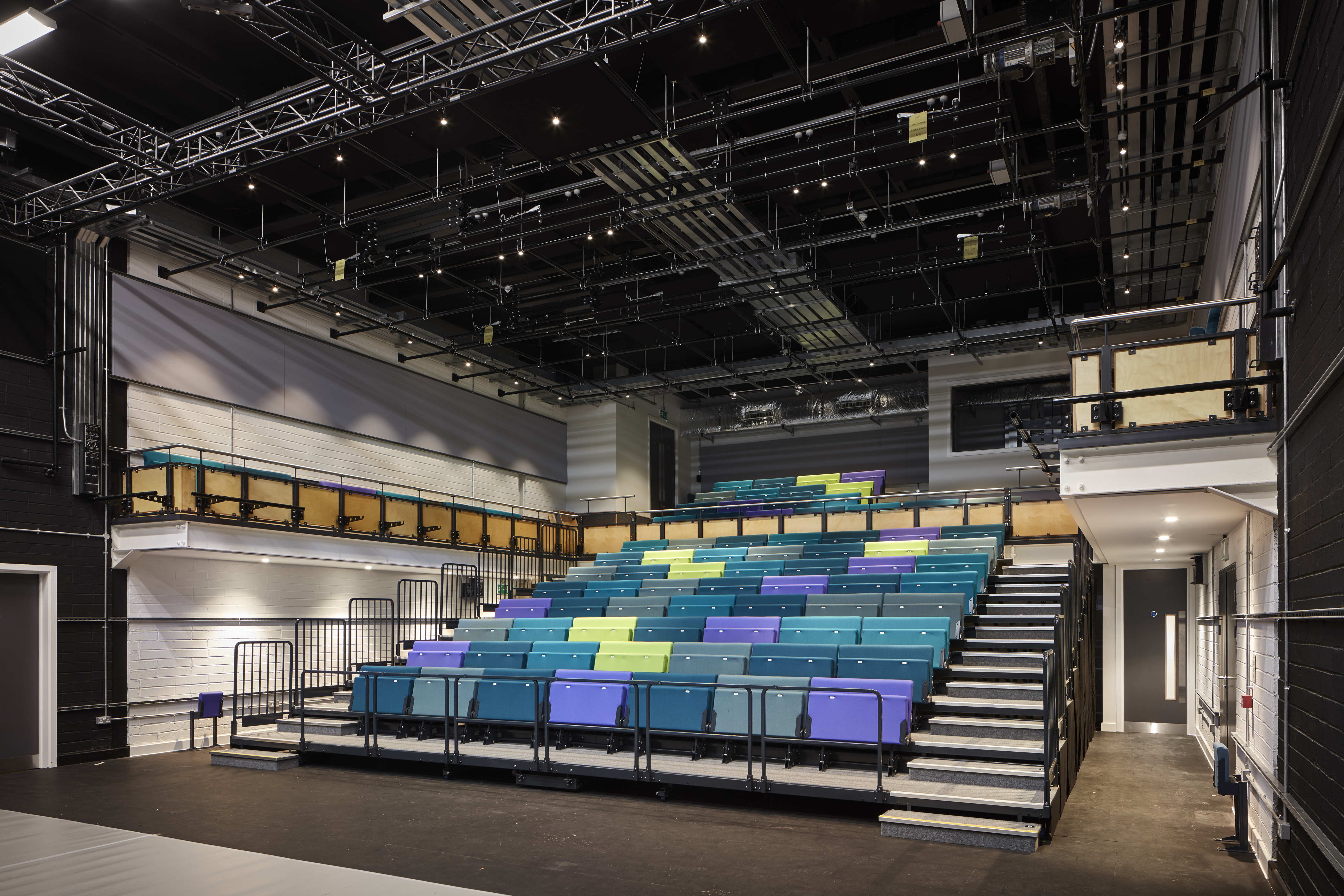 I had been particularly inspired by a project in Spain in which a beautiful but simple ceramic tiled box was placed in a naturalistic landscape, reflecting the sky and the moods of the different seasons. The iridescent whites of these tiles had a lot of dynamism within them which I thought would add a richness to the auditorium, situated at the back of the theatre. As this is also to the front of the residential housing estate, we wanted something that was vibrant and ever changing in different forms of light. 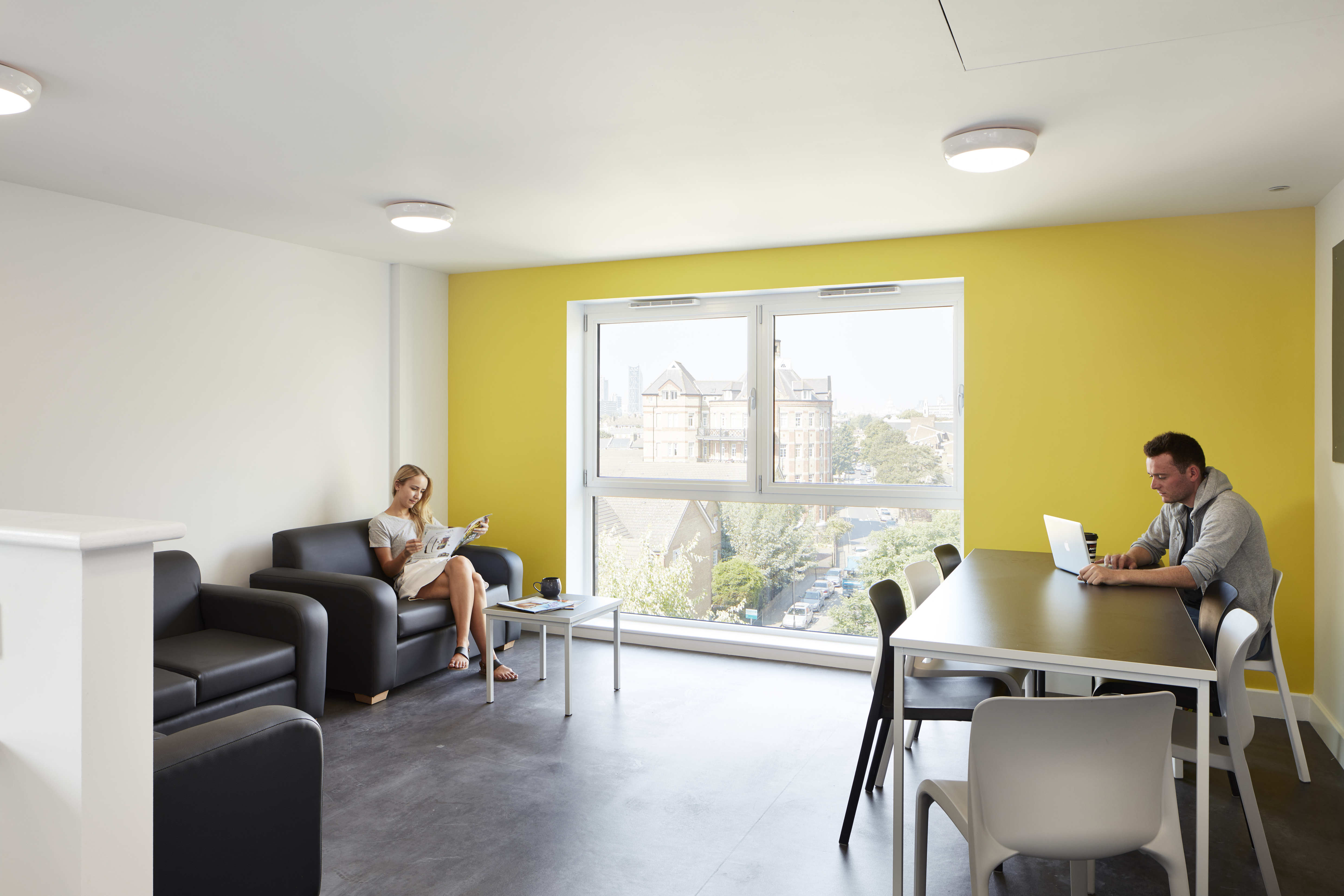 Although the tiles were originally manufactured as a one off, the Spanish architect agreed to oversee a run of them. We used specialist software to calculate the geometries needed for the irregular and dynamic patterns and worked in conjunction with Alumno to resolve classic supply chain issues such as what would happen if tiles were to break. Alumno were fully invested in the vision Jestico and Whiles had for this and it’s very much liked by the local residents. 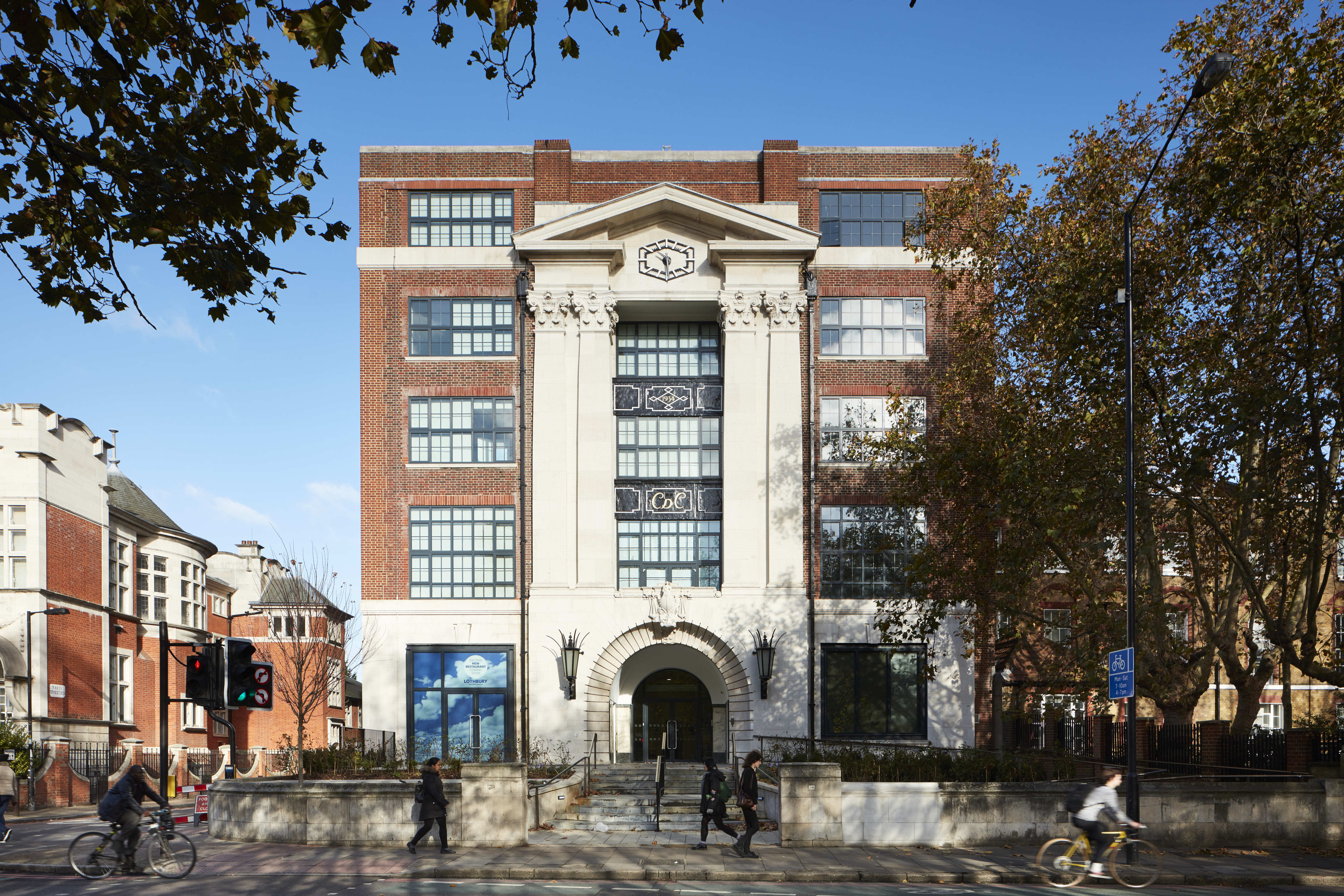 We worked with the children theatre who contributed their opinions and it was very heart-warming how local users responded to the initial idea and the development of the theatre. Theresa Early, who founded the Theatre, has been very positive with feedback on the appearance of the building. Overall this eclectic mix of uses really makes the building, and Alumno’s foresight to be more than just a student housing developer has really enriched the scheme and made it the success it has become.