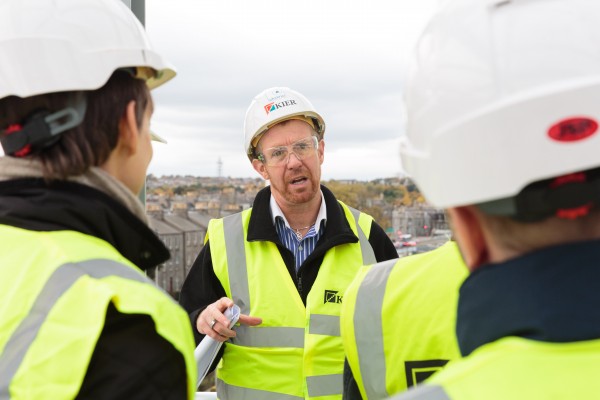 ENGINEERING students who represent the future of the construction industry have been given a personal insight into one of the most important projects taking place in Aberdeen – the creation of much needed new accommodation for academics in the city. After decades of waiting, projects to bring new facilities for students at Aberdeen’s world-renowned universities have become one of the biggest areas of growth for commercial construction in the Granite City. 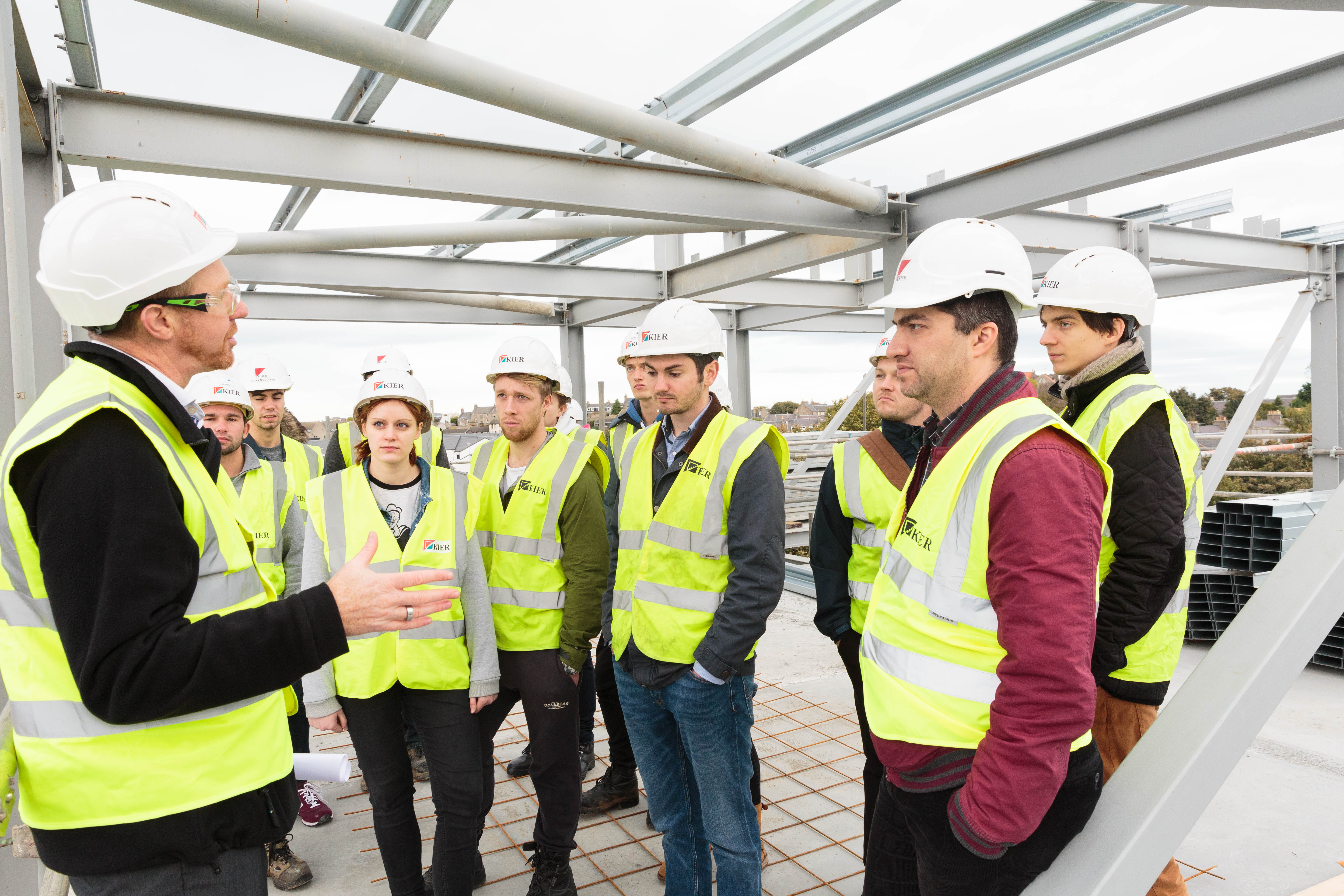 Kier Construction, as main contractor on the build at Powis Place, is working alongside Alumno to welcome groups of students onsite – giving them the chance to see key elements of the engineering, construction and design work which is rapidly progressing. 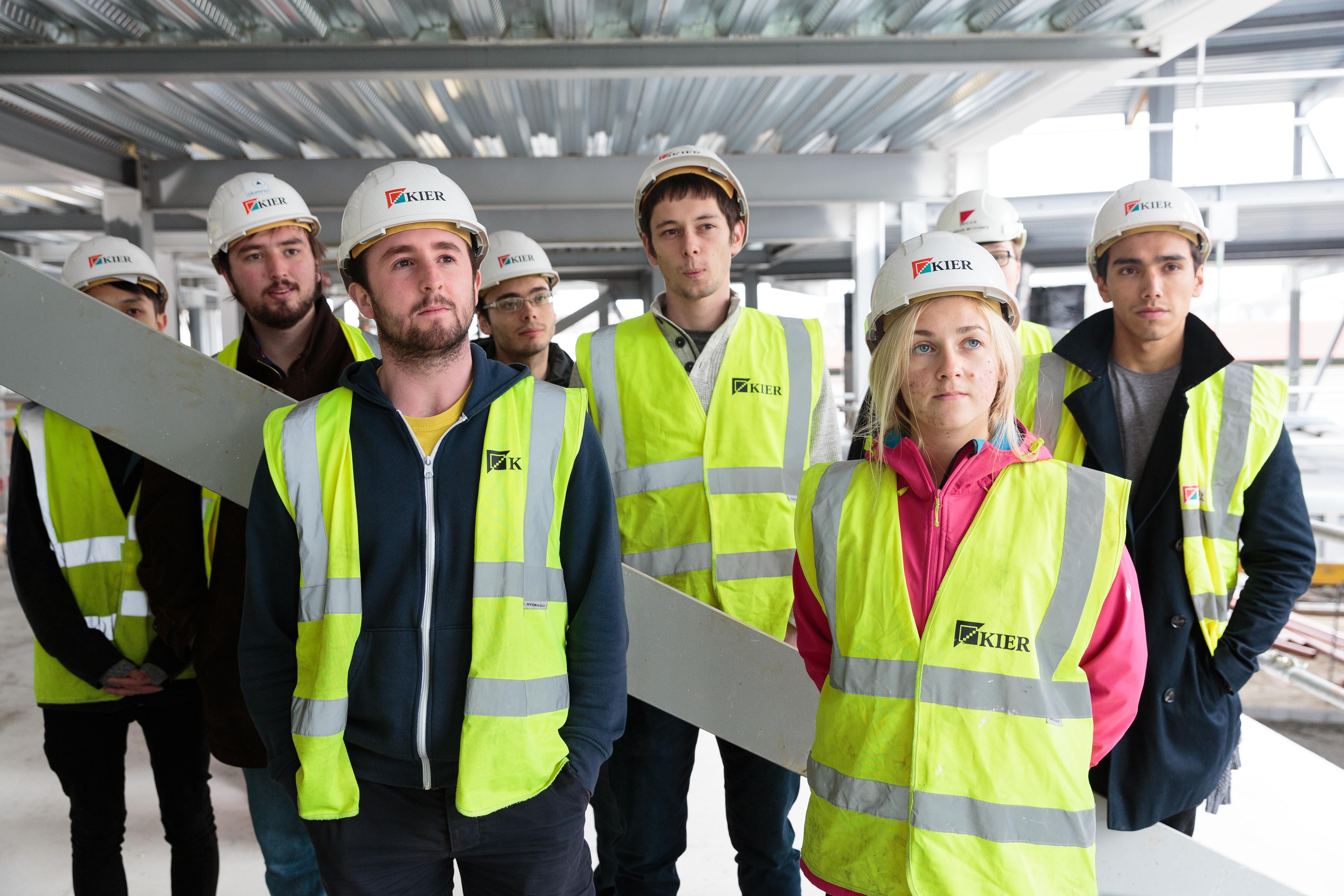 Fourth and fifth year structural engineering degree classes from the nearby University of Aberdeen recently visited Powis Place, and had a chance to interrogate the construction team on the steelwork rising up from foundations laid during the summer. Fifth year student Veronika Ivanova, 23, and fourth year student Kalina Dimitrova, 21, were among the group and say the experience allowed them to see theories they have investigated in the classroom being used in the real world, for the first time. 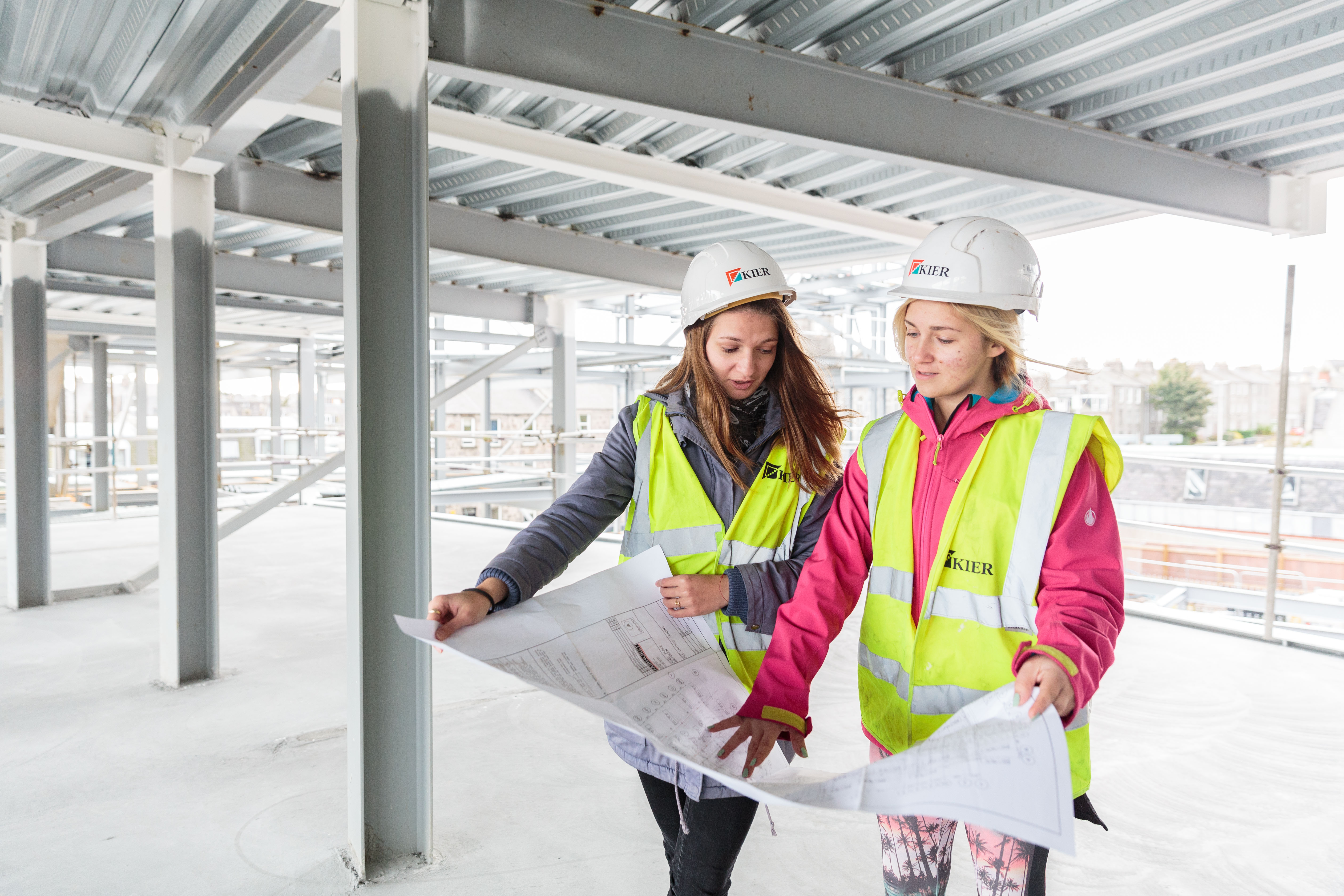 They made the decision to relocate to Scotland from their homes in Bulgaria, to pursue their ambitions in the construction industry and believe that decision has given them the best possible opportunities for the future as they work towards completing their degrees. Veronika, of Veliko Tarnavo, said: “At the University of Aberdeen we are studying under one of the foremost experts in structural engineering in Europe, Dr Paul Davidson, and the opportunities he has given us to use our knowledge outside the classroom have been excellent. 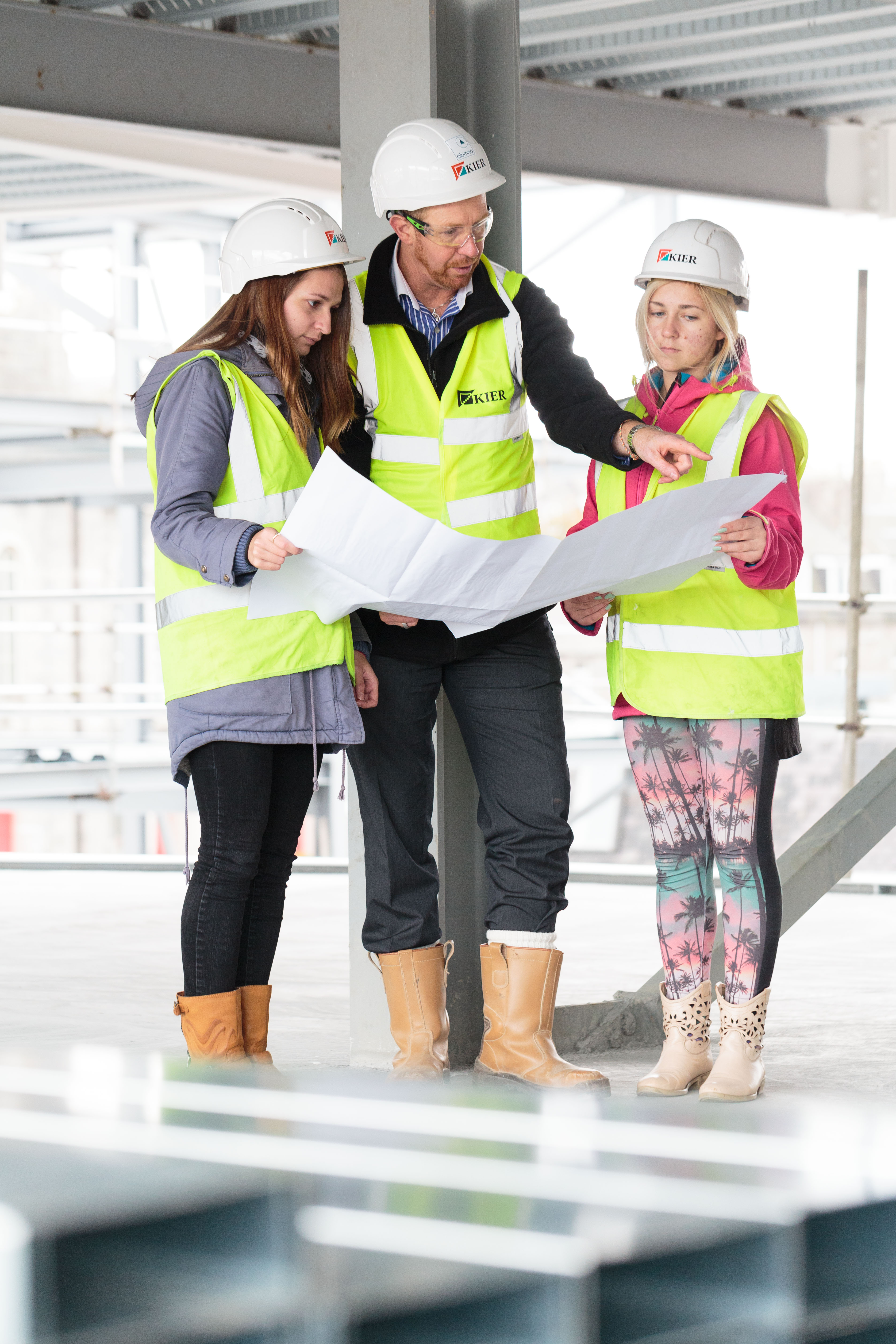 “Site visits like these are very important for us – they give us an opportunity to really visualise problems and potential solutions in a situation similar to what we will face when we graduate and become professional engineers. When the University breaks up for the summer, I have gone home and gone to work on construction projects, but the way of working in Bulgaria is very different to what we’ve learned here – and none of the people onsite communicate in English, which is the language I have learned all of my skills in, and they don’t necessarily translate. I hope to be able to settle here and become part of the construction industry in Scotland and the UK, which is so positive and growing all the time.”

Kalina, of Etropole near Sofia, said the ability to ask the construction team questions, and understand the approach being taken by the project’s leadership team gave the group an insight into the scale of undertaking contractors face. Seeing the way they worked with the foundations, how they made the space work and the technical reasons for some of the engineering decisions they had made, meant I could appreciate new ways to look at finding a solution to a problem,” she said. 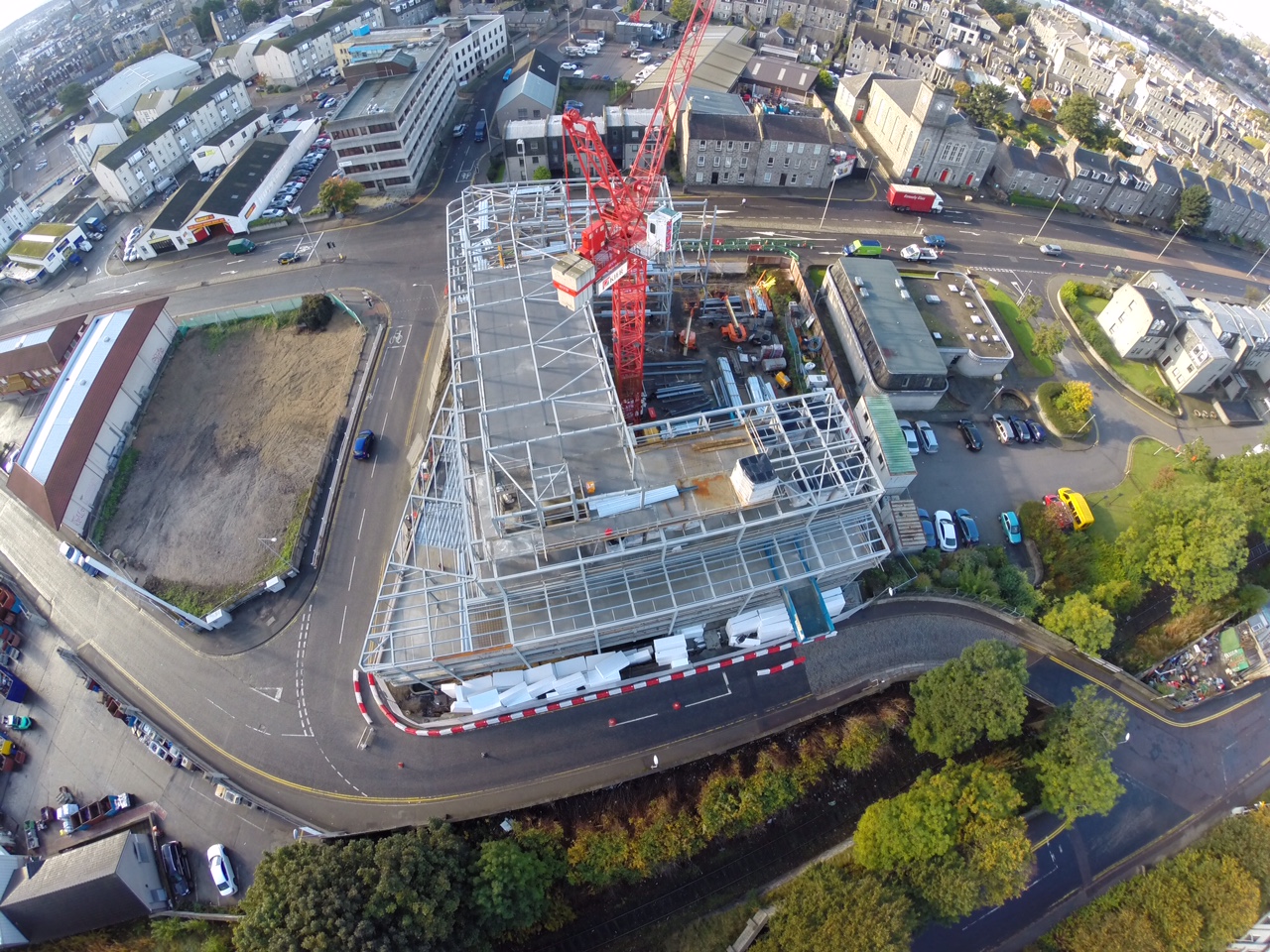 Alumno Developments’ managing director, David Campbell, said every one of his company’s sites in the UK is open to visits from academics and believes that the input provided by those students is crucial to the way he, his project managers, architects and construction contractors tackle each new plan.
“Within the space of a couple of weeks, the Powis Place project has been visited by structural engineers and also architecture students – their input is so important for us, they are the future of the industry, they will be the next generation of innovators in construction and we absolutely welcome their thoughts on our projects,” he said. “While Veronika, Kalina and their classmates will miss out on the chance to stay at Powis Place as they will be preparing to graduate as we complete the project, getting positive feedback from them shows we’re doing the right thing for those who will follow them into further education.”
Brian McGuinness, senior project manager at Kier Construction, said: “It’s a real pleasure for us to be able to meet the engineers who we will work alongside as colleagues in the future. “These students from the University of Aberdeen have seen this site develop from vacant industrial units, to a cleared site and now, as our structural steel nears completion, we’ve been able to give them an insight into how we’ve made it to this stage – they were interested, asked lots of questions and gave us a few opinions on options for the future which were very valuable.” 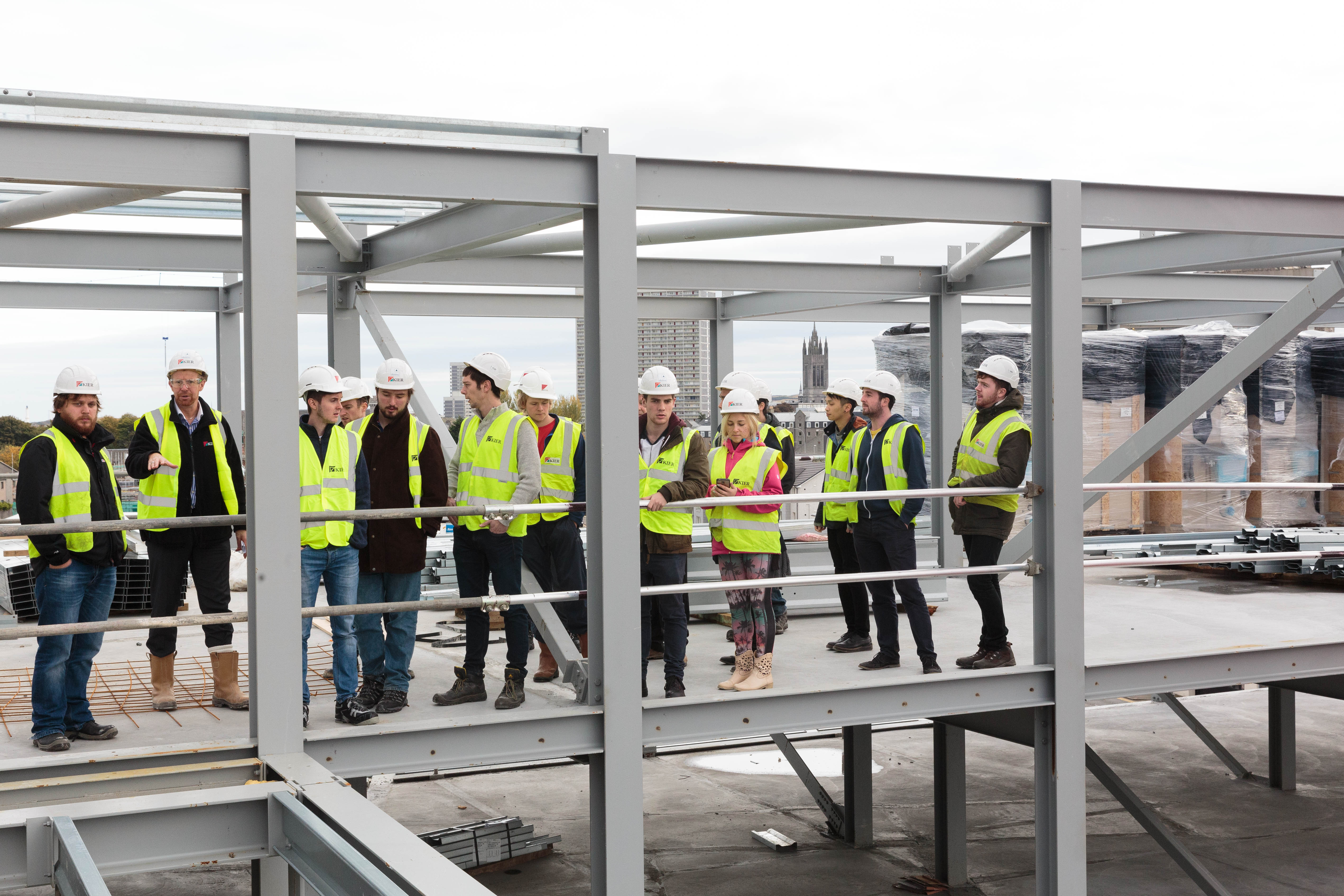 Alumno Developments and Kier Construction broke ground on the £11m project, which will deliver rooms for 196 students in a modern, six storey building in the city’s Powis Place in March 2015, with completion targeted to the start of the 2016/7 academic year.
The building was designed by Carson & Partners, and members of the project team supporting Alumno Developments also include Fairhurst, Hawthorne Boyle and Turner and Townsend.

Great to see the final details being put in place