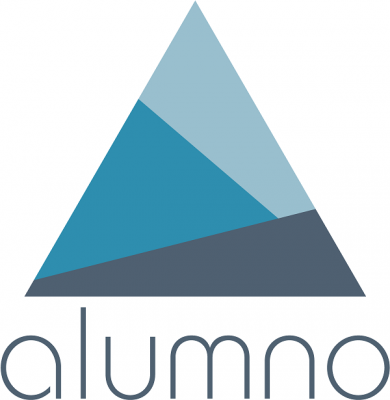 With 2018 drawing to a close, we take a look back on the highlights of the year. It’s been a busy year for Alumno, from consultations, planning permissions to finishing touches on much needed schemes. Alumno has been working hard, not just within the office but with architects, councils and universities to better understand the need and demand in each unique area.

As we worked off too many mince pies and got settled into the New Year, we were invited to celebrate 10 years of the workplace scheme by Workplace in Newham. Over those years, Workplace has filled more than 35,000 jobs. We were able to help fill some vacancies with HG Construction during the building of the new student accommodation, Aspire Point. Here is to their continued success!

In February, we set our sights on Park Hill in Sheffield. In partnership with Urban Splash, we presented our proposal for the third phase of the Park Hill regeneration. There was a great turnout on the day, with construction feedback and the opportunity to engage directly with local residents and stakeholders for consultation and future work.

2018 wasn’t always upbeat, with the sad news of Park Hill architect Ivor Smith passing away at 92 years old in March. Park Hill stood out as a social experiment that worked. Listed as a Grade 2 building in 1998, Ivor Smith enthusiastically embraced the first change when it was completed in 2013. He will be sadly missed.

Still in March, but with more of an upbeat tone, as we sponsored and cheered on Legal & General’s Cycle to MIPIM charity event. The relay ride raised over £725,000 for Coram, the oldest children’s charity in London who has been helping vulnerable children for 350 years.

Keep up with supporting the local community, Alumno also took part in supporting Circus 250, which celebrates 250 years of Circus in the UK. And to celebrate International Women’s Day a short film was produced to show women’s influence in the world of circus.

The end of March and throughout April saw great progress for our developments in Norwich and Stratford and also saw the opening of a new café at Park Hill, Sheffield called South Street Kitchen, and we can confirm, the food is delicious.

As 2018 steams on, Alumno were honoured to be asked to feature in the RIBA directory focussing on the public realm. We were very proud to be a part of such a prestigious and influential architectural publication. Alumno strives to enhance the communities in which their developments are situated, hence the time and care which goes into making the public realm inclusive and attractive.

For everyone, the summer of 2018 will be remembered as one of the hottest on record, where the daytime temperatures in parts of the country consistently topped 30 degrees. Here at Alumno, we were not complaining as things were looking up as well. July 11th saw the opening of Aspire Point in Stratford, with music, cocktails, food and music throughout the night.  A great evening even if England were knocked out of the World Cup!

Aspire Point is a significant achievement for us as we also provided 22 affordable artist studios and a commercial space at the ground floor along with providing 445 bedrooms for students of Queen Mary University of London.

We also revealed the first images of Pablo Fanque House.

There was a lot of buzz in the office when August the 7th rolled around, when we officially announced that Sheffield City Council had approved our planning permission for Park Hill. As David Campbell said ‘This is great news, and marks a significant milestone in the regeneration of Park Hill. We are very grateful for the support of our partners Sheffield City Council and Urban Splash as we reach this important point. This is an iconic site with international significance forming a crucial part of Sheffield’s past, present and future and will be one of our most important projects to date. Our plans will bring new life and vibrancy to this Grade II* listed estate delivering on both ours and our partner’s place making objectives’.

Some other mentions that happened through summer include; Planning permission applied for on our Bermondsey scheme, we got to see some behind the scene photos of the Pablo Fanque House poem being carved and Jurgen Dance was announced as the third winner of the SPACE/Alumno Bursary.

With summer not slowing down, neither were we. As we were proud to showcase the opening of Pablo Fanque House. The opening was a great success with everyone involved in attendance along with the local community. There was food, cocktails and entertainment by Ira Lightman, who recited his poem and Urban Angels who performed their play about Pablo Fanque and his wife Susannah. The celebrations went right on into the evening, with local band Sink Ya Teeth performing their new album and with the world’s smallest nightclub The Miniscule of Sound pumping some beats.  A very fitting tribute to the eponymous showman Pablo Fanque.

Alumno was also delighted to announce that Post Graduate Students of Queen Mary University of London had started to move into Aspire Point to start their new term.

The beginning of October saw the opening of SPACE studios at Aspire Point, it also saw us supporting artist development in Colchester by running sessions alongside SPACE Studios to help artists develop their professional practice in a changing art world.

We were also very proud to be shortlisted as Developer of the year in the Property week student accommodation awards.

October, the month that autumn moves into full swing, the time of pumpkins, Canadian Thanksgiving and Halloween. But it has also become known as Black History Month. In celebration of this, Alumno remembered the first black circus owner in Great Britain, Pablo Fanque. Alumno are proud to keep the memory of this outstanding son of Norwich alive during Black History Month, recognizing the many extraordinary contributions, achievements and events that have shaped the history of the community.

With winter just around the corner and the festivities begin, Alumno is set to end the year on a high as our third Norwich scheme was approved by the city council. More than 300 student flats will be built over a city car park, with the car park below remaining.

With so many amazing achievements over the years, projects completing and starting, opening nights, students moving in, collaborating with so many designers, architectures, consultants, galleries, artists, photographers, councils, construction companies and so many more. We had this great idea where we can put all this information into one place, organise it and show it off to everyone. This is where we came up with our book Alumno: Shared Space. Highlighting 9 of our completed projects, interviews, photos and a look to the future. As they say, books, the best weapons in the world.

Our office has gone through some slight changes as well. A massive clean-up, where we ended up donating old hand drawn plans to Southwark Heritage Library and Archives, new paint and even some staff changes. Earlier in the year, one of our project managers Jenn, decided to go back home to Australia, lapping up the sun and doing great. Even though we were sad to see her go, we are happy to have two new editions to the team, Jenna who started with us in summer as a project manager and Catherine, who has taken up our new role of project and administration assistant.

Quite recently, we also participated in a focus group in Sheffield where third year students from Sheffield Hallam University about the history of Park Hill, how Alumno got involved with the project and what they looked for in student accommodation, mainly focusing on the common areas. It was a great insight into what makes for a happy and constructive student living experience.

2018 has been a big and busy year for Alumno and its only going to get busier. Here is to the adventure of 2019!